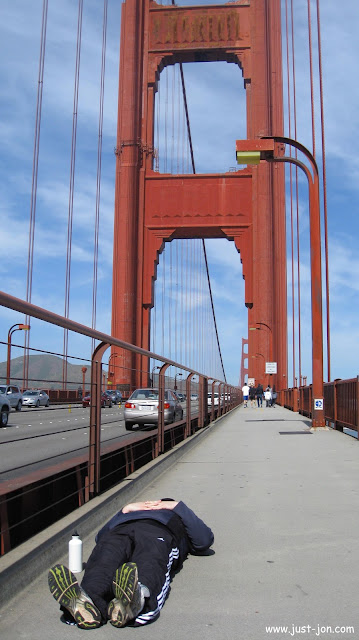 Six months since my last official Just Jon post...I thought I should come out of hibernation.  Just like Rover the Desert Tortoise - all winter sleeps must come to an end at some point.

Don't worry; I have been resting up on one of my favorite places in San Francisco - The Golden Gate Bridge. 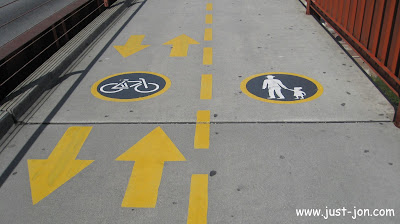 Sure, napping in the bike lane was probably not the smartest choice, but I have never claimed to make the best decisions when I am tired.

And the reality is; it was actually quite relaxing laying there on the concrete.  The gentle vibrations of each passing car or bus was like a mini massage on my back.

What was not so relaxing?  The intense stares from the people walking by me on the bridge.

"You've never seen someone lay down in the bike lane on the Golden Gate Bridge before?"

OK, I know; I looked like a crazy person.  But come on, aren't most people in San Francisco a little bit crazy? 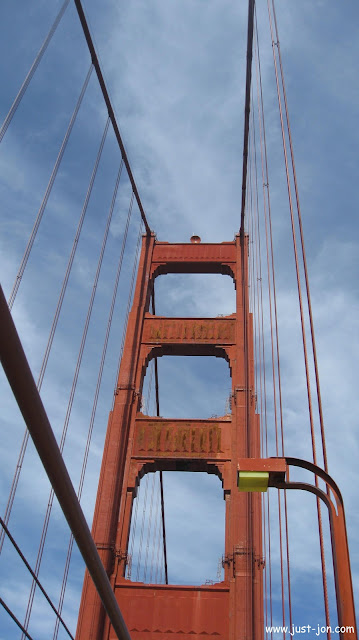 In case you were wondering...the above photo is what the bridge looked like from down on the ground.

The following are a few more shots from today. 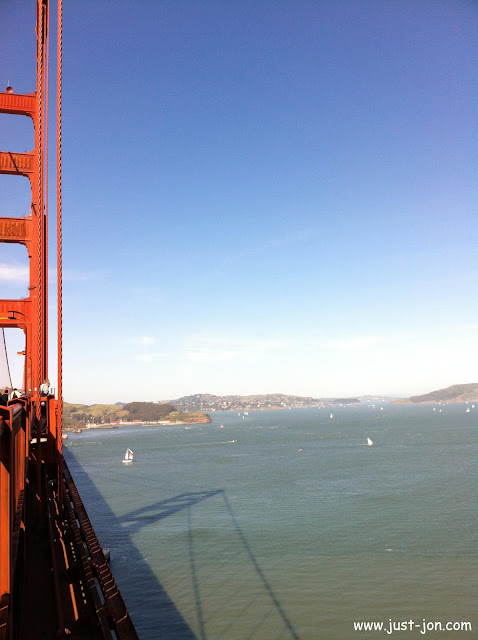 I love the shadow the bridge casts on the water in the above photo. 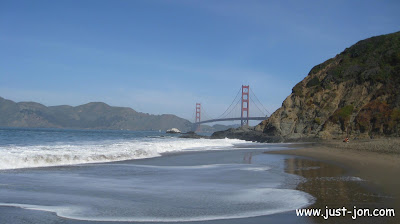 This next shot was taken at Baker Beach.  Baker Beach is one step removed from The Castro.  Translation - Expect to see naked people. 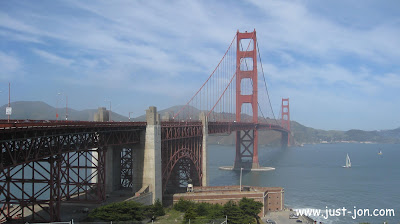 The next shot was taken at the new Golden Gate Bridge visitor center.  They have a new structure for an expanded store front and several new displays to look as shown in the below two photos. 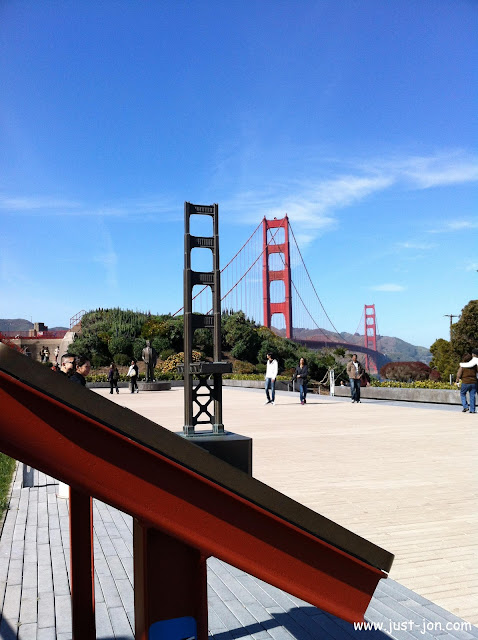 I don't know when my next post will be, but keep checking back.  In the meantime you can also connect with me on www.94thday.com.  There you will find more photos, my music recommendations, and YouTube videos I think you will enjoy watching.