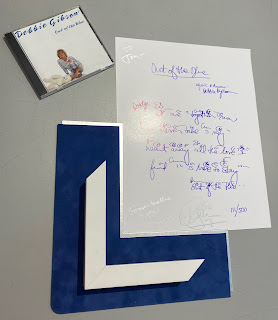 In the fall of 1987 I started what would become a 35 year devotion to then teen pop princess, Debbie Gibson.

If I am being honest, yes, I had purchased her debut single Only In My Dreams on a 45 record; but initially when her full length album came out, I didn't buy it.   I had placed my money on the other teen pop princess of 1987, Tiffany; whose debut album came out a few weeks after Debbie's.

I remember being at our 8th grade dance and I said something along the lines of "I hope to hear the song Only In My Dreams," to my classmate Lynz, and she said, "Jon, that's Debbie's old song, she has a new song out that is even better called Shake Your Love."

I think Lynz giving me this new found information about two hit songs on the album was all I needed to convince myself it would be worth my money to go buy Out Of The Blue on cassette tape.

...and THAT was how it all started.

I bet Lynz would have no recollection of this event or how pivotal it was in shaping so much of my life.

Once I had heard the entirety of Debbie's debut album Out Of The Blue, I was all in.  It started slowly with tearing out a picture here and there from Bop or Big Bopper magazine to hang on my bedroom wall. Then I graduated to full size wall posters. I scoured magazines for any mention of her name.   I recorded her appearances on talk shows.   I took pictures of the TV screen when she appeared on television programs.   I talked non stop to anyone about Debbie.

By the fall of 1988 I was starting my freshman year of high school and soon many of my new classmates were aware of my "obsession" with Debbie Gibson.   I was often referred to as "Debbie Gibson Lover."

Was being called "Debbie Gibson Lover" in high school a cool thing?

I knew it wasn't a cool thing to be known for.  But I also knew that having a nickname did have its advantages.  People at least knew who I was.  I wore my "Debbie Gibson Lover" title like a badge of honor.  In some cases I even doubled down on my fandom.

"You are her biggest fan," people would say.  I never felt comfortable claiming the title of "Biggest Fan," but I fully accepted that I was part of the "Debheads" as her fans had become known.

Over the next several years I spent lots of money on cassettes, CDs, posters, calendars and even perfume (that I gave to my Mom for Mother's Day) all in support of Debbie.

I got my parents to take me to see the Electric Youth Tour and later the One Step Ahead Tour.

By 1990, the music scene was shifting to grunge and new jack swing and Debbie was no longer topping the singles charts.  I was still a fan.  I still bought any new music she put out.  By this point in my teenage life I was really an all around music junkie who couldn't wait for the new releases to come out on Tuesday.  I could spend hours in Tower Records walking up and down the aisles. 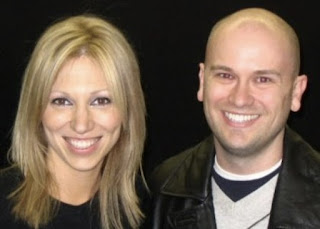 Debbie had posed in Playboy Magazine and was releasing a new single called Naked.  She was going to do a mini set followed by a meet and greet with autograph signing at the Tower Records on Sunset Blvd.  My friend Erin, knew I was "Debbie Gibson's Biggest Fan" so she said, "We're going."

I knew I had been supporting Debbie's career for 18 years, but when we pulled up to that event at Tower Records, I saw for the first time that there are "fans" and there are "FANS".

I had nothing on these other people in line who had suitcases full of memorabilia.   I thought I was going to surprise her and ask her to sign my original 45 record of Only In My Dreams.  As I looked at the other people in line I was sure there were dozens of the same record in their bags.

All those times people had told me I was Debbie Gibson's biggest fan, right then and there, I saw that my fandom was no where near the same level as some of the other people in line.  Maybe that was where Debbie got the idea for having a tiered fan group.  There are the "Debheads" which I am a part of, and then there are the "Diamond Debheads" who just take everything to the next level.

That day at Tower Records, I did get to meet Debbie.  I also got her to sign my Only In My Dreams record.  We had a brief conversation where she asked if we had met before.   I distinctly remember saying, "I wish, but the only other chance I had to meet you was when my mom was still driving me everywhere and she didn't take me to the mall you were at." Debbie laughed and said, "It's OK, my mom was driving me back then too."

I remember feeling so comfortable talking and laughing with her that when I looked down I saw I had put my hand on hers and immediately thought, I don't think you're supposed to touch the celebrity at meet and greets.  I quickly pulled my hand back. 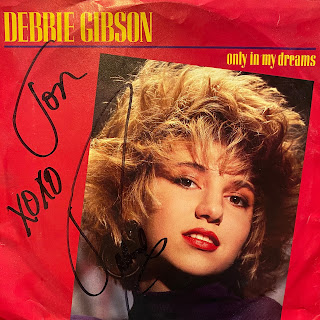 When Erin and I left the Tower Records that day I remember thinking, I'm glad I got to meet Debbie as an adult and not as a kid.  I felt like I appreciated it more and was present in a way that I would not have been able to be as a child.

I am now obsessed with this new app called Instagram.  Posting photos daily, hashtags, likes; I am all over it.

I don't even remember what I posted but it must have had something to do with Debbie Gibson and I must have tagged her in it.

Suddenly, in my notification feed there it was.  Debbie Gibson had liked my post.

Then something even better happened.   She followed me!

My inner 13 year old self was officially the coolest person in the world.  My idol of 25ish years and I were officially IG friends! It was all worth it!  She probably remembered meeting me at Tower Records and that funny story about our moms driving us around.

A few years later, Debbie did what I consider to be one of the most generous things an artist could do for their fans.  She gave her fans the opportunity to buy pages out of her song writing notebooks.  These were the beginnings of songs that never became fully formed and published.  I jumped at the chance to own one of these gems.  I got "Project Songs Unsung" #25 "Breaking Silence." 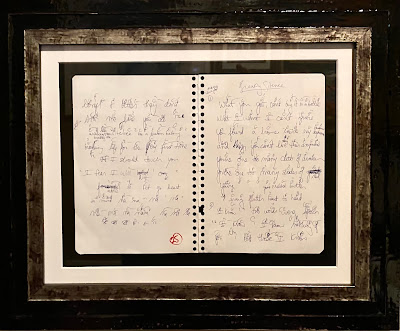 The 35th anniversary of Debbie's debut album, Out Of The Blue.

To celebrate Debbie did a trio of concerts at 54 Below, a supper club in New York City, where she performed the entire Out Of The Blue album.

Once again Debbie created an opportunity for her devout fans to purchase a unique souvenir to celebrate this milestone anniversary.  Debbie offered personalized hand written lyrics and music for the title track Out Of The Blue to her fans.  What an amazing gift to celebrate this album. 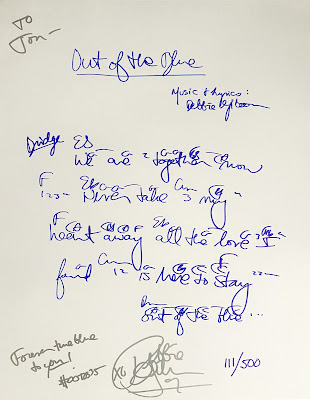 Thank you Debbie for the countless hours of music you have brought to my life over the past 35 years!

..."Here's to the minutes that turned into all of these years, Cheers!"

..."Here's to the music that keeps us together, Cheers!"

(Lyrics from the song Cheers on Debbie's forthcoming Holiday 2022 Album.)

Email ThisBlogThis!Share to TwitterShare to FacebookShare to Pinterest
Tag: 80s, Debbie Gibson, Music, Only In My Dreams, OOTB35, Out Of The Blue, Pop Music, Pop Princess, Teen Fandom, Teen Pop