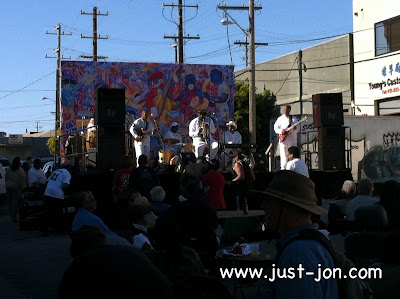 I had spent the first part of Saturday doing some projects for work and as the weather was spectacular I allowed myself to take a brief break to go check out the festival that was only a block away.  I convinced myself that I would be back to work within an hour.

Well once I made it to the festival I ran into a couple of my neighbors who with very little twisting of my arm convinced me to join them for a bite to eat.

We took the food back to our complex where we uncorked some wine and eight hours later I realized I had never made it back to my spreadsheet.