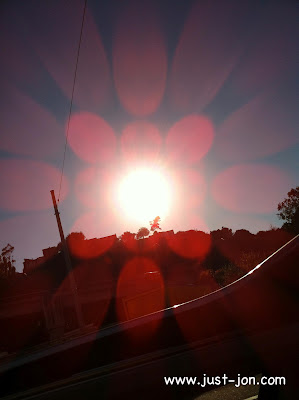 On Sunday in San Francisco if you weren't drunk from the 101st Bay To Breakers race, at the third game in the Battle Of The Bay between the San Francisco Giants and the Oakland A's then you were probably trying to catch a glimpse of the annular solar eclipse.

An annular solar eclipse is when the moon passes in front of the sun leaving a golden ring around its edge.

And while I know you are not supposed to stare directly at the sun, I did try to point my camera in that general direction and capture the eclipse.

Shot after shot I was not getting what I was hoping for.

Then I pulled out my iPhone and snapped these three gems!

I am sure there is something with the refraction on the lens or reflections on the who knows what, but I was pleased with the results. 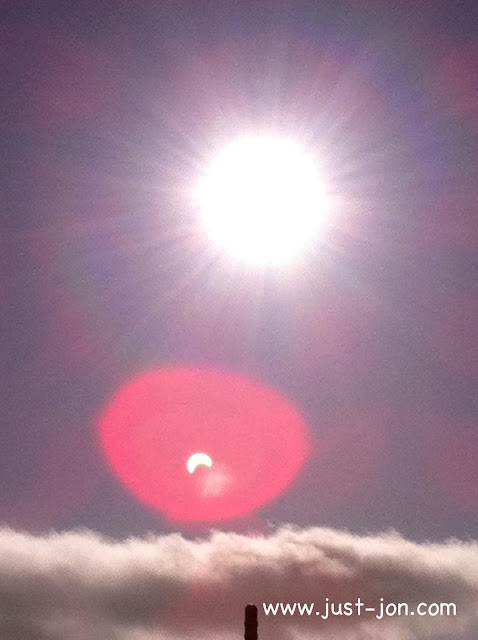 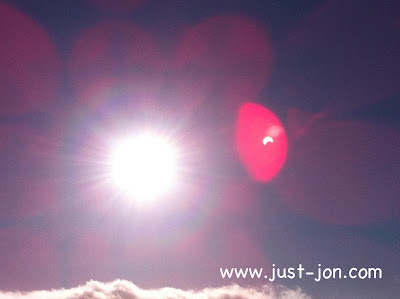