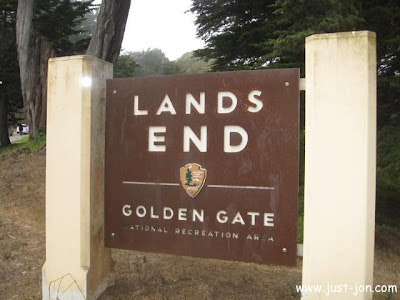 It's time to check another thing off the bucket list.

This past weekend my friends and I went on the Lands End trail hike down to the ruins of the Sutro Baths. 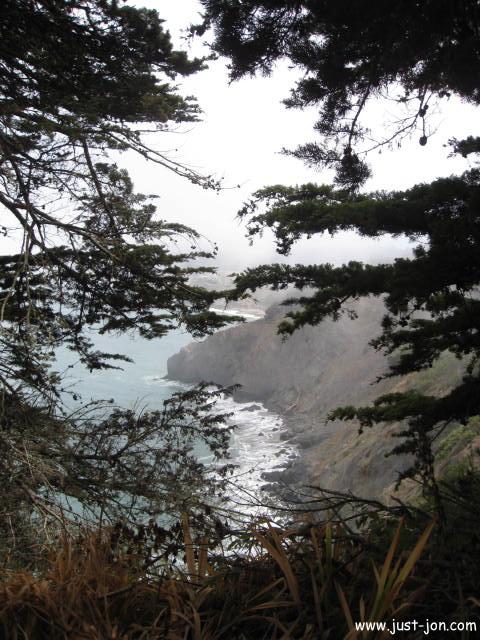 The Lands End trail starts near The Legion of Honor and winds along the Western coastline just south of the Golden Gate Bridge. 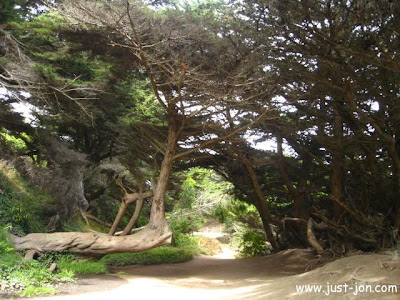 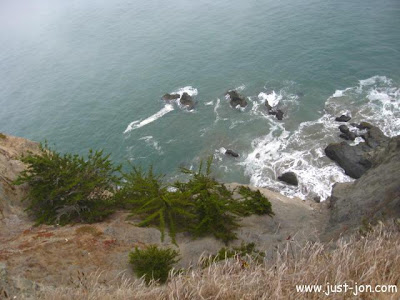 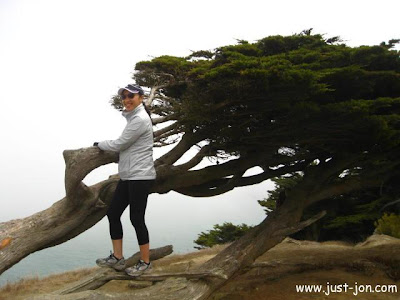 I am sure if we climb to the top of this hill just off the trail we will be able to see the Golden Gate Bridge. 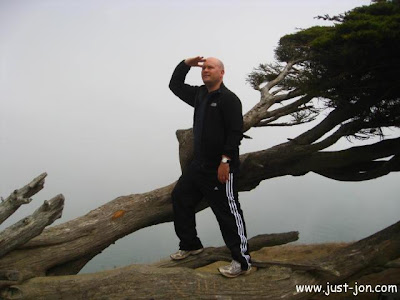 Or maybe we'll be able to just see fog... 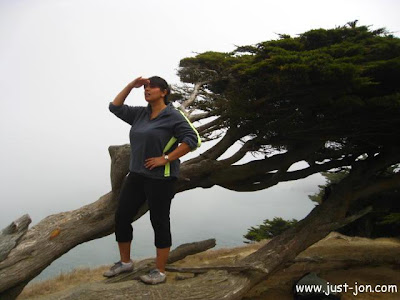 lots and lots of fog! 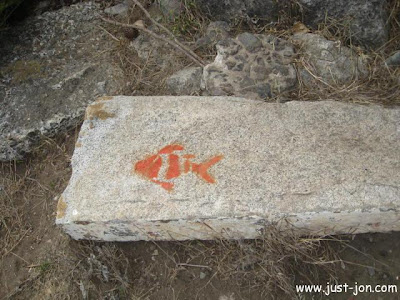 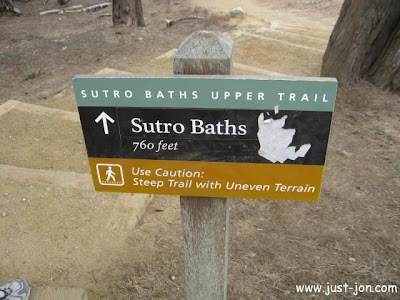 According to Wikipedia; "the Sutro Baths were a large, privately owned swimming pool complex build in the late 19th century.  The building housing the baths burned down in 1966 and was abandoned." 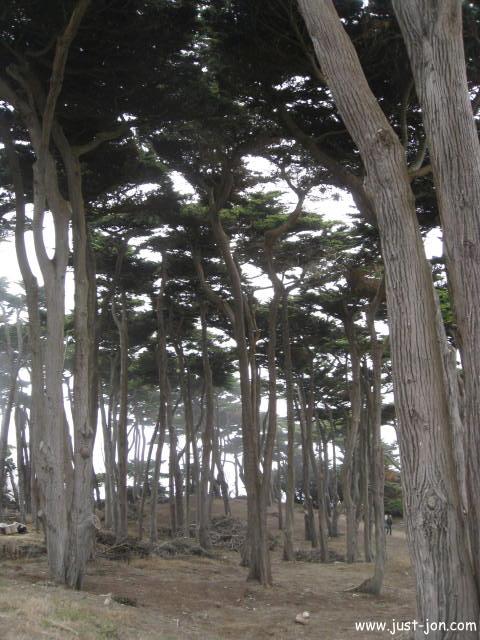 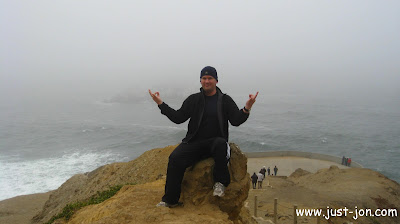 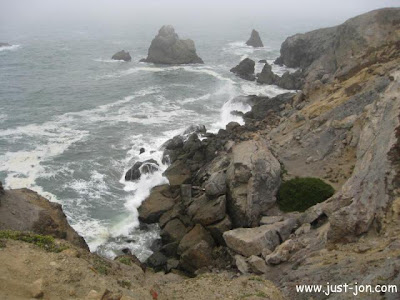 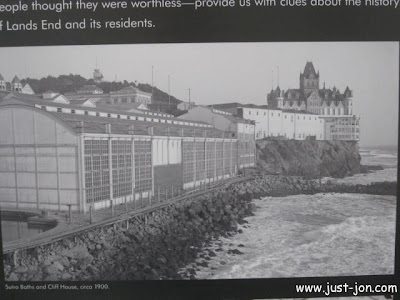 Above is an exterior image of what the complex looked like in 1900. 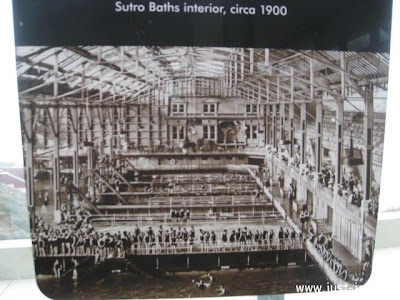 Also from 1900, the above photo shows what the interior of the baths looked like. 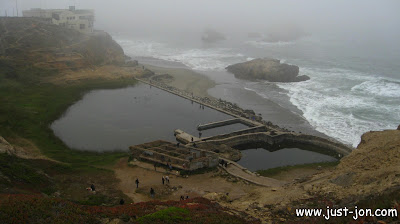 And here is what is left of the baths.  Just some concrete foundation walls. 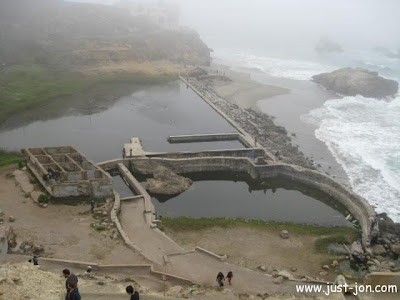 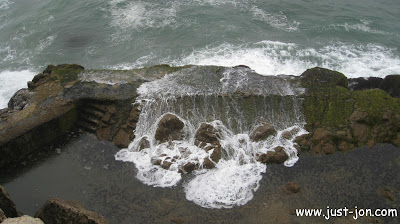 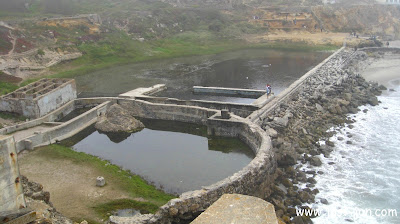 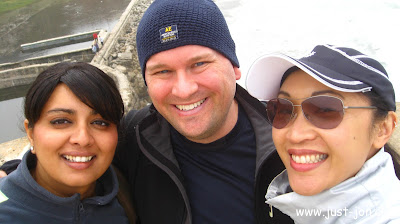 These hikers made it to their final destination in one piece even though there were signs like the one below along the trail. 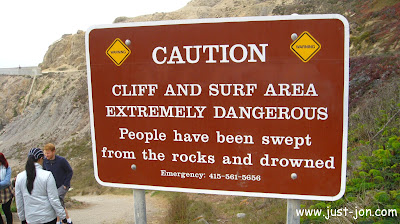 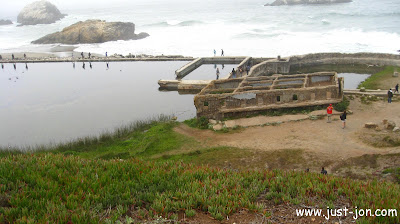 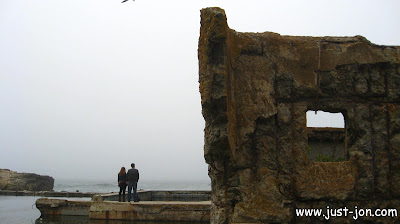 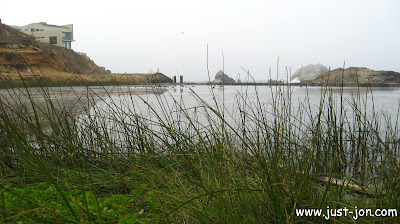 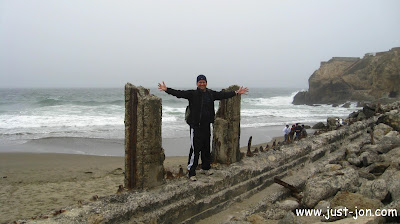 Between these two columns would have once been a wall of French windows overlooking the Pacific Ocean. 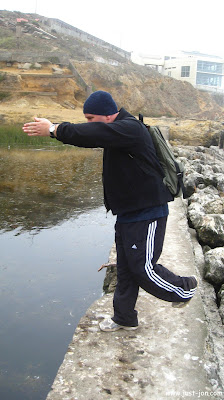 Should I take a dive in? 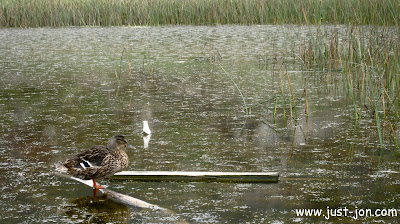 On second thought; NO WAY!   That water is a green cesspool of yuck! 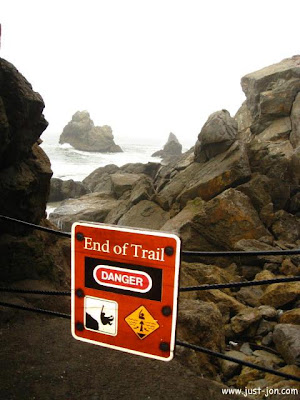