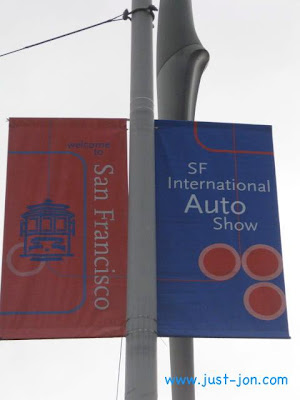 As a self proclaimed "car whore" this was my first time attending an auto show here in San Francisco.

In relation to other auto shows I have been to this was pretty small in comparison.  Despite the lack of real exciting concept cars and full lines not being represented there are some advantages to a smaller auto show. Mainly a smaller auto show meant a smaller crowd which made it easy to get up close to the vehicles and there was limited to no wait to sit in the drivers seat. 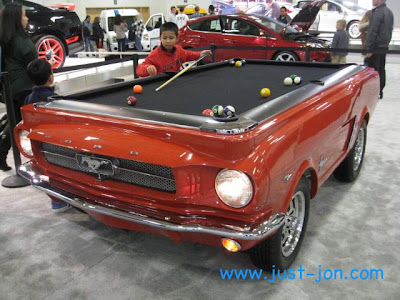 One of the coolest things was in the Ford display.   A Mustang pool table! 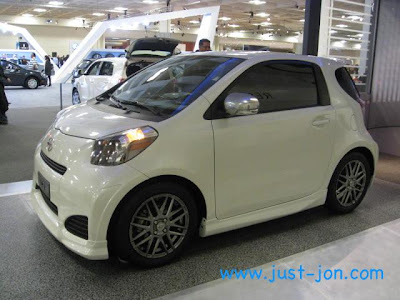 I really liked the Scion IQ which should give the SMART car a run for its money. 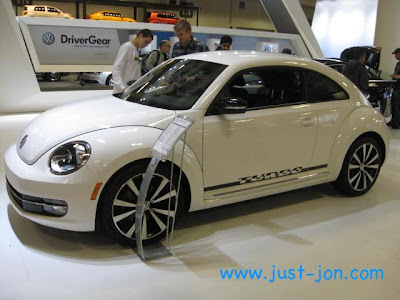 I was underwhelmed by the updated 2012 Volkswagen Beetle.  This package was OK, but the stripped down model that was also on display left much to be desired. 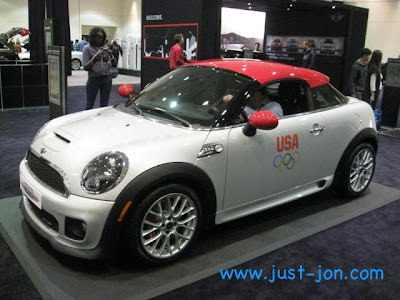 I was very intrigued by the 2012 Mini John Cooper Works Coupe. 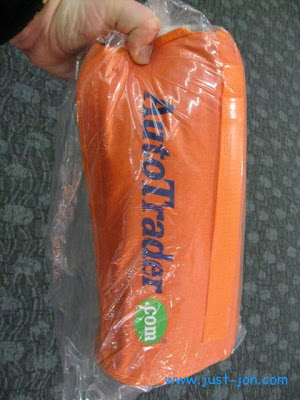 Bonus points to AutoTrader.com who was holding a video game driving competition where I won this blanket. 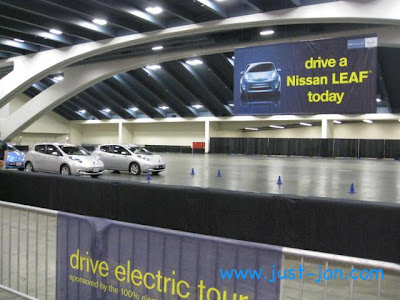 Perhaps the coolest thing at the Auto Show was the large portion of the Moscone Center convention floor that was dedicated to the Nissan Leaf electric vehicle test drive.   Yes, you read that right.  I got to test drive a car inside the convention center! 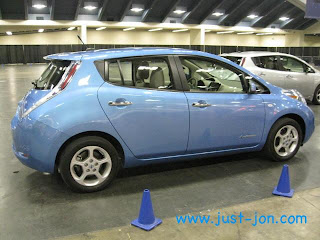 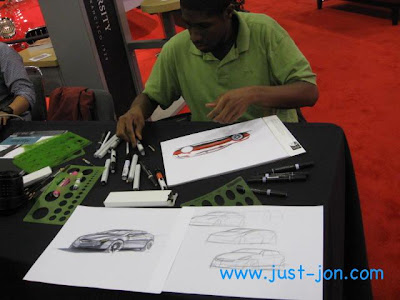 Another cool booth was set up by the Academy Of Art University students who where demonstrating different techniques for designing cars. 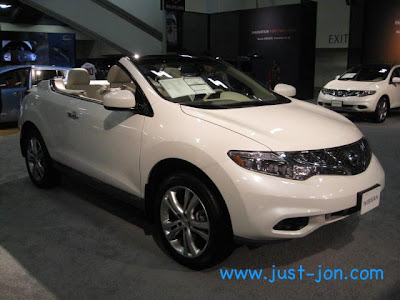 Here is another car I was fascinated with.  The Nissan Murano CrossCabriolet.  This car was so cool I thought it was a concept car.  I didn't realize it is already available for purchase. 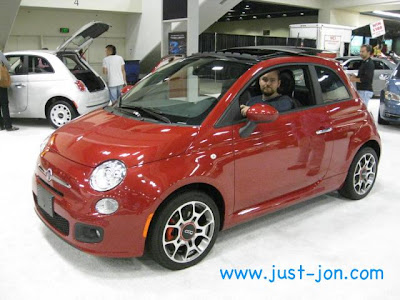 I was really hoping J Lo would be the spokesmodel for the Fiat 500.   No such luck. 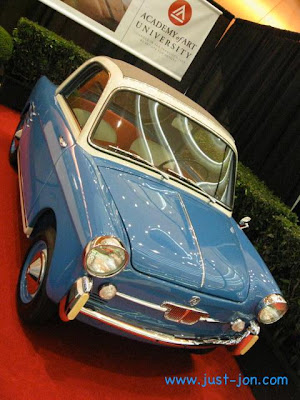 The Academy Of Art University, which it known for its extensive classic car collection had many vehicles like this one on display.

I am already looking forward to next year's Auto Show!


The Song Of The Day - Migrate by Mariah Carey featuring T-Pain
Posted by Just Jon at 11:22 PM