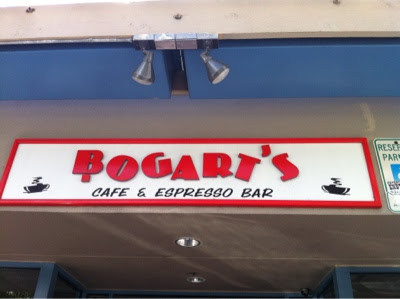 I started today off at Bogart's Cafe & Espresso Bar which I found recommended in that trusty Blue Book.

Bogart's had me when I looked up the menu online and saw the "Crab and Avacado Omlette."

The Blue Book also said "Nobody can beat their roasted potatoes."

This was another place with a healthy line that never diminished.  The parking lot is tiny and the seating space inside is minimal but I was able to secure both of those items with ease. 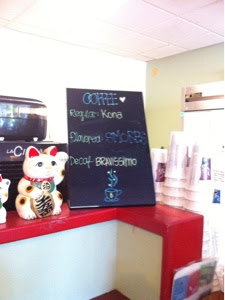 I wasn't going to order coffee, but then I saw the flavor they were offering was called "S'mores!"

The coffee tasted exactly like S'mores, but I think it would have been better hot. 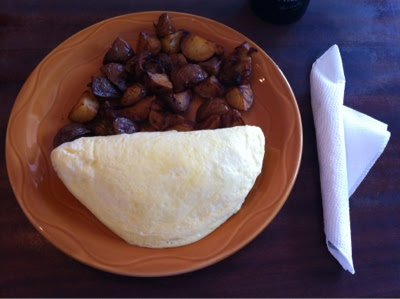 The Crab and Avacado Omlette was the lightest fluffiest Omlette I think I have ever had.

The potatoes were just "OK."

One thing to note if you go to Bogart's is that they are cash only.

After leaving Bogart's it was a short drive to Diamond Head State Monument.

There is a small parking lot on the Crater floor that costs five dollars.  I think I arrived at a very popular time as the lot was full and I was turned away.

Since I wasn't sure how strenuous the actual hike would be; especially under the mid day sun; I opted not to park outside of Diamond Head and hike back in.

I drove around the mountain to kill some time and then attempted to park in the Crater again.  This time they let me wait till a space opened up. 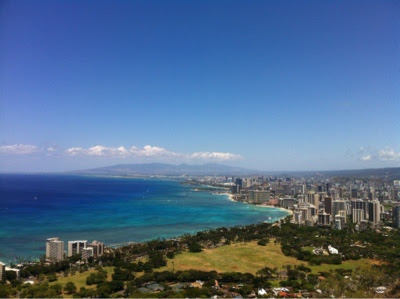 The hike to the top is .8 miles one way or 560 feet up.  While climbing to the top you traverse uneven steep terrain, go through tunnels, and assend multiple stairwells.

It amazed me to see some park visitors attempting this climb in flip flops, bare feet, dragging a baby stroller, and my personal favorite, wearing jeans and cowboy boots! 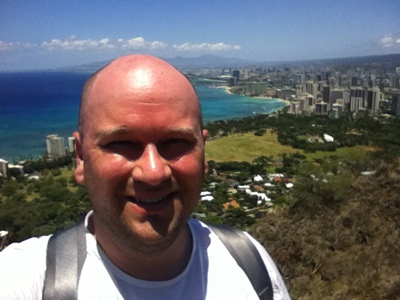 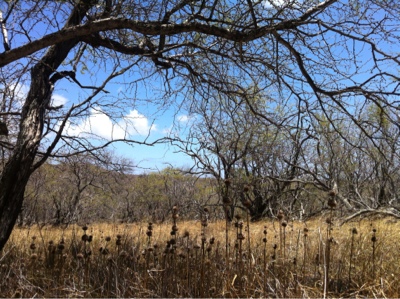 When you finish the hike; conveniently located in the parking lot is a food truck selling shaved ice.

Yes please I deserve this! 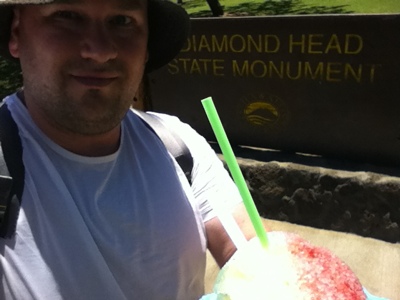 The night before, when I was hanging with my friend Claire, she stopped for dinner at Teddy's Burgers.  As you may recall I had already enjoyed my first Udon experience so I did not eat anything at Teddy's.

That being said, her burger looked amazing and I had a major case of burger envy!

When I found that Teddy's was listed in the Blue Book, I had to go back and try a Teddy Burger of my own for dinner. 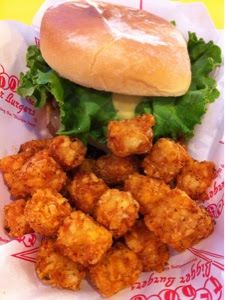 Any restaurant that has the side option of "Tots" is A+ in my book.

For the record, the burger was as good as it looked the night before.

After Teddy's I swung by Shirokiya.  A sort of Japanese Department Store that has a food court.

I had seen these Kulu Kulu Honolulu Mini Waffle bears that I wanted to try.

They come filled with jellies, chocolate or custard.

How cute and convenient are these little bear treats? 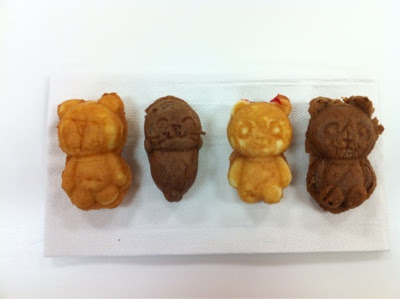