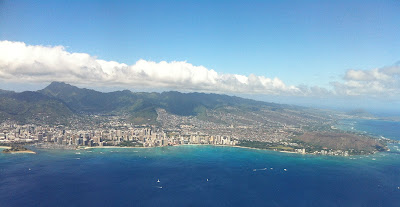 While driving around the Island of Oahu listening to the radio a song came on that sounded familiar; like I should know it.

Try as I may I could not place it.

I pulled out my smart phone and "Shazam"ed the song.

Hmmm, I wouldn't call myself a Paula Cole fan.  That "I Don't Want To Wait" and "Where Have All The Cowboys Gone?" songs were really over played.

But this "Feelin' Love" song had a nice groove going on.

By the time I got back to the hotel I looked for the song on iTunes.

I listened to the snippet again.

This song is on the City Of Angels Soundtrack; that awful Meg Ryan and Nicholas Cage movie from 1998.

But the version I just heard on the radio was a remix and even better than the original.

So when I was picking the song to play with the photos of my trip I knew I had to use Paula Cole's Feelin' Love (Psychemagik Reem Mix).