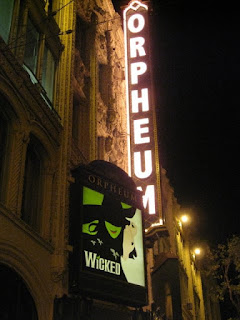 Last night I went and saw the musical Wicked.   It was fantastic.  The play puts a whole new spin on everything you thought you knew about the Wizard Of Oz.
The cast included Patty Duke and David Garrison.  Patty Duke needs no introduction and she was great.
David Garrison is best known as "Steve Rhoades" from Married With Children.
Patty and David were the "big" name stars in the production, I however was more excited that the cast also included DeeDee Magno Hall who was on The New Mickey Mouse Club (pre-Britney, Justin, Christina.  Post Annette.)
DeeDee later went on to perform in a pop group called "The Party."  I happen to have all four of The Party's CD's and DeeDee was my favorite member.  So I was very happy to get to see her sing live. 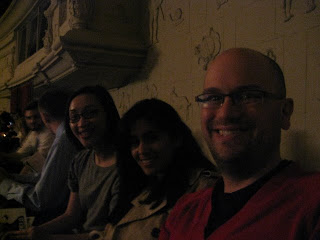 Big thanks to An who organized the outing several months ago!
The Song Of The Day - Defying Gravity by Elphaba and Glinda
Posted by Just Jon at 7:31 AM