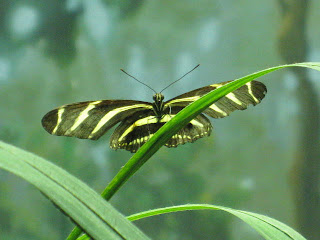 Loyal Readers, a few weeks ago I told you about the newly opened California Academy Of Sciences located in Golden Gate Park.  The Academy features a planetarium, rainforest, aquarium and much more.
Recently The Academy also started a program called "Nightlife" from 6pm to 10pm on Thursdays.
The Academy charges a small admission fee, and in addition to the normal exhibits, it offers music, cash bars and food.  The event is the current hot ticket in town and sells out each week. I kid you not when I say that the line to get in was down the block.  There were more people there for "Nightlife" than when I went on a Saturday a few weeks ago. 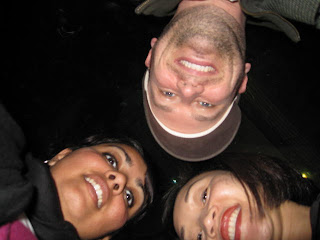 Unfortunately, I am beginning to think I will never make inside the actual planetarium show. This is because once again all the elusive passes had already been given out by the time my friends and I entered the building.
This did not stop us from enjoying a trip through the rainforest, a visit to the coral reef, an attempt to see the African penguins, and a viewing of the albino alligator. 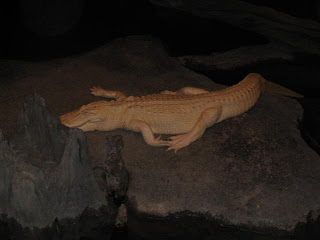 That being said, all those things could not compare to what we saw next.  A very rare creature indeed. Spotted in its natural habitat was the "White Person."  Intoxicated by the consumption of alcohol, the "White Person" began to demonstrate it's rare mating dance to woo the female of the species.  Fortunately for you Loyal Readers, I was able to document this dance on film.
(I am not sure why the video uploaded on it's side, but you get the general idea of the amazing creature that is the "White Person.")
The Song Of The Day - (Night Time Is) The Right Time by Ray Charles
Posted by Just Jon at 2:00 AM