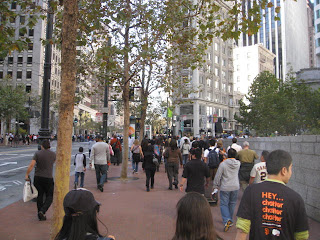 All it took was our Senior Director to say, "Who is going to the parade?  You should all try and go."
And with that everyone who didn't have a meeting scheduled piled into the elevators and headed to the first floor to start the 15 minute walk toward Market Street and Montgomery.  This walk was filled with hundreds of thousands of other Bay Area Giants fans hoping for a glimpse of the World Series Champions! 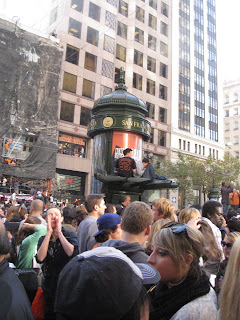 Perched on top of railings, newspaper stands, window sills, and roof tops a sea of orange and black cheered and chanted for the winning team. 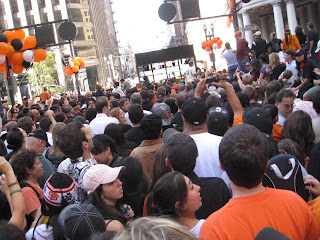 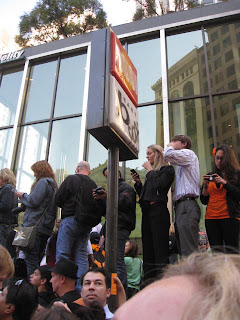 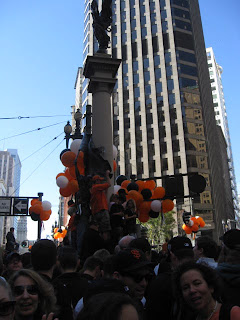 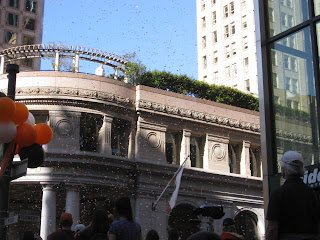 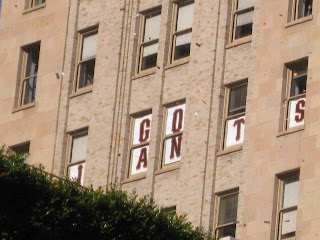 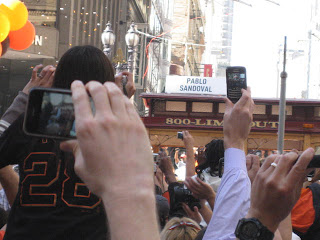 And I, hundreds of people deep into the crowd could only "see" vicariously through the eyes of those who stood on the railing near me and shouted above the dull roar of the fans just who was on the cable car passing by... 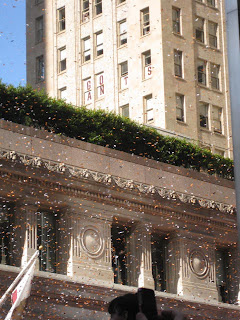 This beautiful 70 degree San Francisco day was perfect!  The only rain was that of orange black and white confetti. 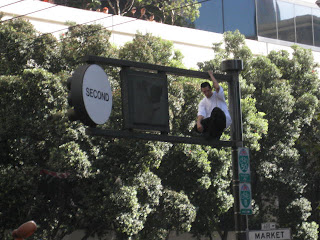 The Song Of The Day - No Parade by Jordin Sparks
Posted by Just Jon at 1:19 AM