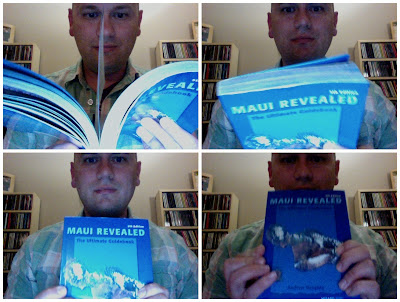 I would like to thank my friend Reiko who lent me the book Maui Revealed The Ultimate Guidebook by Andrew Doughty the first time I traveled to that island.  I found it so insightful I purchased my own copy for the trip I took last week.
The book inspired my mom and I to go in search of the Nakalele Blowhole on West Maui.
As we ventured out of Kaanapali I quickly realized we had less than half a tank of gas with no gas station in sight.  This put some additional stress on me for the drive along the winding road.
We parked the car at Mile Marker 38 and headed down the trail in search of Nakalele.
After slowly climbing down the rocks we thought we had found the blowhole.  It didn't seem quite as impressive as the picture in the book.  The ocean view however was spectacular.
After taking in the sights we decided to look around one more set of rocks...and then one more set of rocks...and then one more set of rocks.
Oh my gosh, we had not found Nakalele, because Nakalele was down below us; along with a crowd of people who obviously found a closer place to park and hike down to the blowhole.
Ooops! 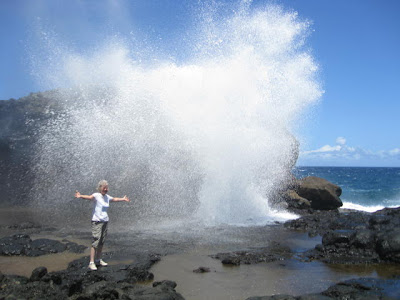 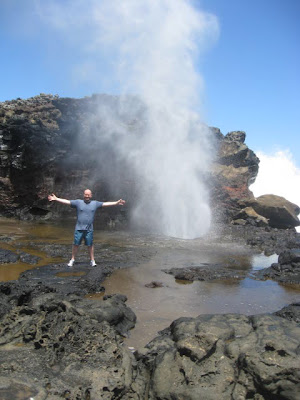 Here are some photos from our hike!
The Song Of The Day - Pump Up The Volume by MARRS
Posted by Just Jon at 10:23 PM