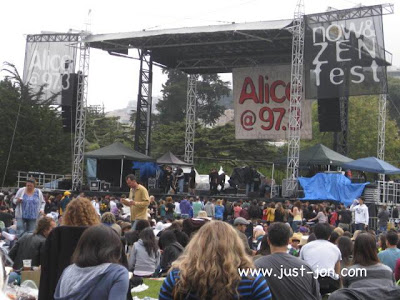 This was one of those San Francisco Sunday's where there are so many activities available to participate in that residents have to make tough choices.

There was the Folsom Street Fair for the "Leather" Community.
There was Opera In The Ballpark for the "Cultured."
And there was the Now & Zen Fest presented by Alice 97.3 FM. 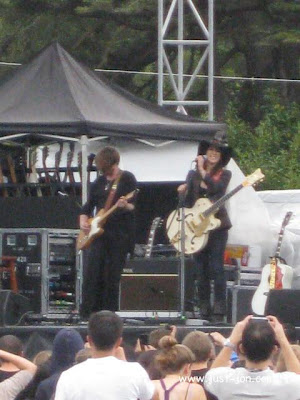 I've done the Folsom Street Fair,  I've been to Opera In The Ballpark and when I heard the the Now & Zen Fest was free and featuring one of my favorite singers Michelle Branch the choice was easy.

I am not the biggest fan of music festivals because with age I have found the large crowd that never sits still gives me anxiety.  So I looked up what time Michelle was to take the stage and targeted arriving at Golden Gate Park just in time for her performance.

The timing could not have been better because not only did I arrive just before she came out on stage but the light drizzle had stopped and the sun was breaking through the clouds.

Michelle's set was less than an hour but she still fit in her biggest hits and a few songs from her forthcoming album.

Here is a poor quality video of Michelle performing her first hit song Everywhere which came out when she was only 18 years old.

The Song Of The Day - Loud Music by Michelle Branch