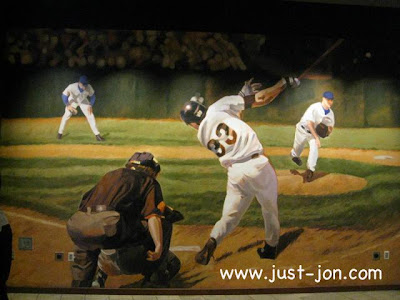 Yesterday was Opening Day for the San Francisco Giants who won against the Pittsburgh Pirates 5-0.

The Giants play at AT&T Park, and what you might not know is that twice a day fans can take a behind the scenes tour of the ballpark for only $15.00!

A couple of weeks ago I went on the tour and would highly recommend it for any baseball fan.  For the price of admission you get to see a Major League Dugout, the Visitors' Indoor Batting Cage, the Visitors' Clubhouse and more! 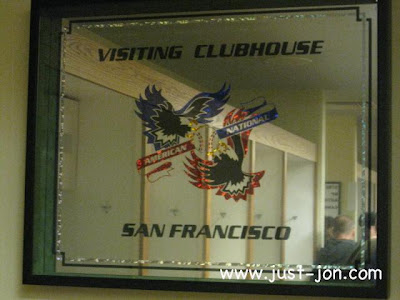 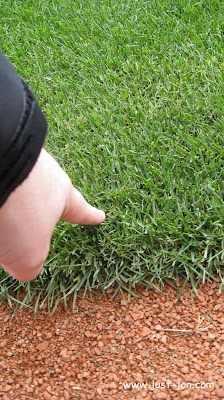 We were told not to go on the field...

I had to touch it!