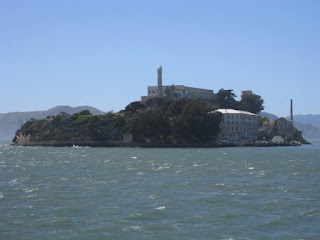 Saturday night was one of those rare evenings in San Francisco that it was warm enough to go to bed with the windows open. I fell asleep to the sounds of the buses and cars working their way up and down the city streets.
I was awakened at 8am Sunday morning by the blast of a horn from a boat on The Bay.
The horn blast was the signal for the start of the "Escape From Alcatraz" triathlon. I sat up in bed and looked out the window to watch the hundreds of athletes swim the 1.5 miles from Alcatraz to the shore in the frigid Bay water.
The athletes then began an 18 mile bike ride followed by an 8 mile run. While they were "Escaping from Alcatraz" my friends and I had already purchased tickets to go to the island and take the cell house tour. 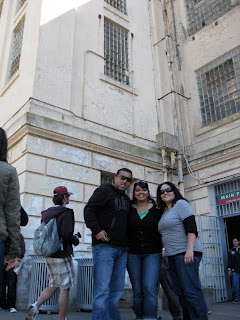 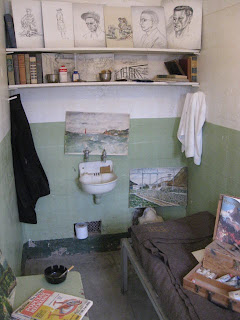 I had been on the cell house tour about 19 years ago when I was still in high school. I remember it being very thrilling, so much so that I actually bought the cassette tape of the tour so that I could listen to it over and over again. (Showing my age; I don't even think a cassette tape is an option for a souvenir today.) 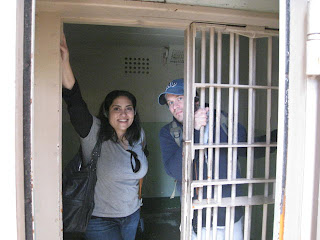 The tour has not changed at all in 19 years except for some minor updates to the audio track. I found it just as thrilling today as I did so many years back. 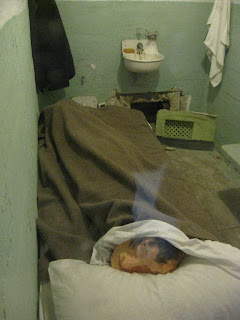 The above picture shows one of the fake heads and a hollowed out vent from the 1962 prison escape by Frank Morris and brothers John and Clarence Anglin. Although their bodies were never found they are presumed to have drowned while trying to cross The Bay to San Francisco. 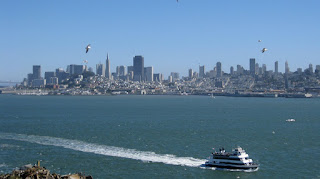 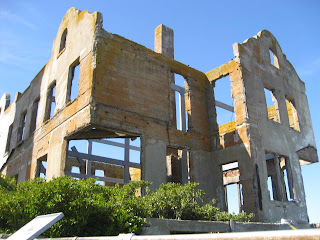 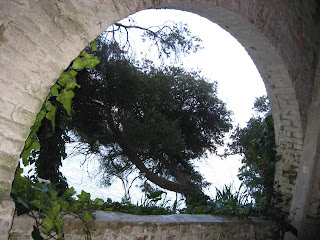 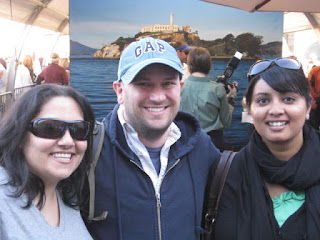 It was a beautiful day to take a ride out on the ferry and enjoy the sunshine, some history, and observe the ecological preserve that Alcatraz has become today.
The Song Of The Day - Escape by Enrique Iglesias
Posted by Just Jon at 10:39 PM