Everybody A Little Respect . . . 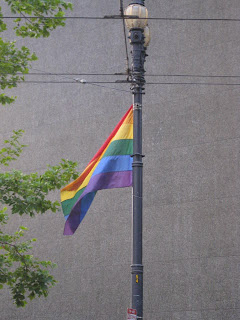 Sunday was the 40th Annual Gay Pride Celebration in San Francisco. The Gay Pride Parade is the closest thing to Mardi Gras the City Of San Francisco has to offer. 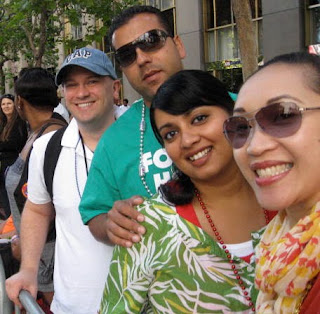 My friends and I staked out a prime location for viewing the parade with optimal chance of getting free goodies handed out by the parade participants. There was also a good chance that we would be seen on the television broadcast of the parade. (We were!)
The parade started promptly at 10:30 in the morning and lasted over three hours! The first 15 minutes of the event was lead by the group Dykes on Bikes. These women riding motorcycles and scooters roared down Market Street setting the pace of the parade. Later there would be two other groups with a similar theme; Mikes on Bikes and Tykes on Bikes. 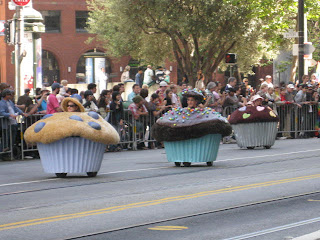 In an ironic twist for this blogger, a very popular float was the "Crazy Cupcakes!" It seems I can't escape this dessert for the life of me. 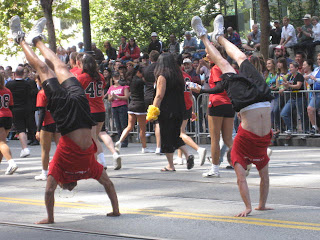 There were several cheer leading groups from across the State demonstrating their strength, stunting and spirit! 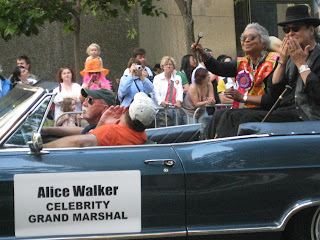 The first of the many Celebrity Grand Marshal's was Pulitzer Prize winning author Alice Walker. Alice Walker is best known for writing The Color Purple. 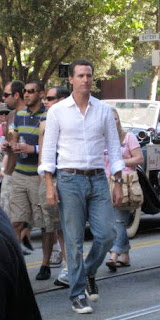 Our prime viewing location was right where San Francisco Mayor Gavin Newsom began shaking the parade spectators hands. This was a tough choice; take his picture or shake his hand. I went for both and succeeded! 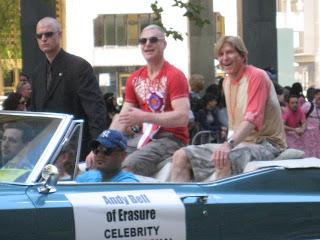 Another Celebrity Grand Marshal was Andy Bell who was the lead singer of the band Erasure.
The above picture shows Andy's reaction to my friend An yelling, "Andy I love you!" 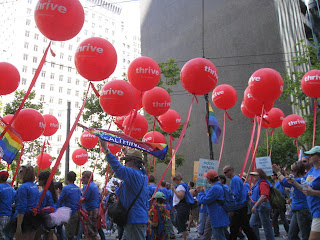 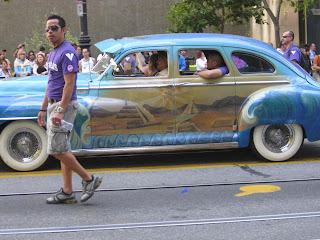 I almost missed the Celebrity Grand Marshal's I was looking forward to seeing the most. The Backstreet Boys! I had turned away from the parade for a moment and when I turned back around they were passing us by! 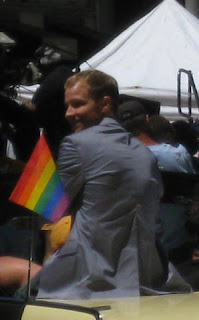 Brian Littrell of the Backstreet Boys. 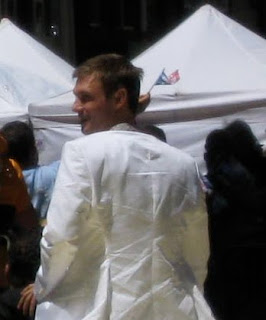 Nick Carter of the Backstreet Boys. 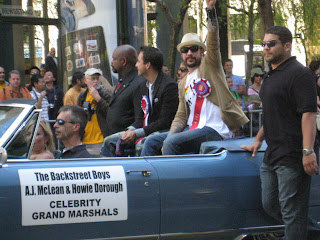 Howie Dorough and A.J. McLean of the Backstreet Boys. 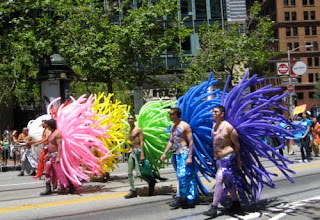 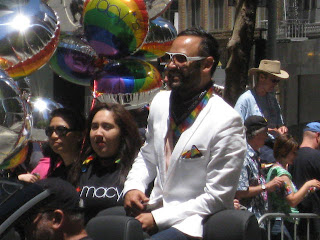 I was also excited to see Nick Verreos of Project Runway season two fame. He was the contestant who won the My Scene Barbie competition and had his design manufactured into a limited edition Barbie. 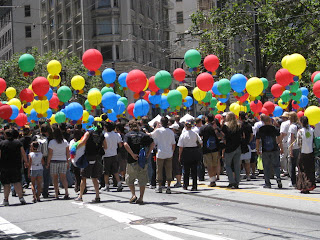 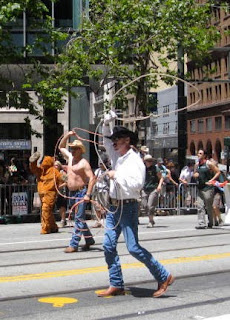 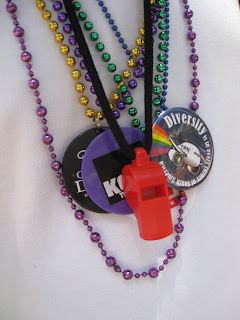 By the end of the parade I had collected a bag full of free junk including lots of Mardi Gras style beads. 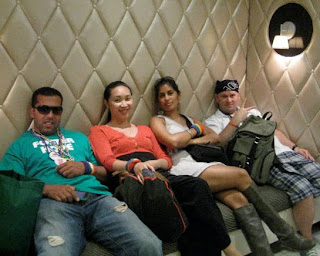 Watching a parade is hard work! We crashed for a moment in the Bloomingdales lounge before heading to the Civic Center where the festivities continued with food, music and friends.
Below is a video of some of the parade. The first three minutes of the video is just a portion of ladies that started out the parade!
In honor of the Backstreet Boys and Andy Bell; for the first time ever, Just Jon is featuring two songs of the day!
Songs of The Day - Everybody (Backstreet's Back) by the Backstreet Boys
- A Little Respect by Erasure
Posted by Just Jon at 10:28 PM