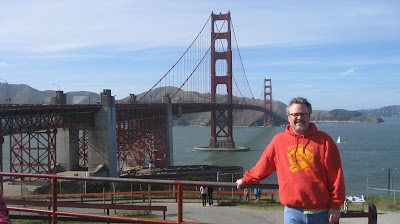 This week I had the pleasure of hosting my brother for the first time since moving to The Bay Area.  Big B was in town for less than 24 hours to attend a business meeting.   Fortunately I was able to take the afternoon off from work and give B the Cliff Notes tour of San Francisco!
First stop of course was my new home.  Not, that Big B ever saw my old home, but at least he got to see the current residence.
Then it was off to take in the sights!  Look quick because there won't be time to stop the vehicle!
Candlestick Park - Check
AT&T Park - Check
The Building that I work At - Check
The Bay Bridge - Check
Oh there was the Ferry Building and Coit Tower - Check Check
Down there is Pier 39 and Ghirardelli Square and I used to live right here - Check Check and Check
There is the Palace Of The Fine Arts - Cool huh?
And Crissy Field - You can get out here for a picture
We better keep going so lets hit the Golden Gate Bridge and Visitor Center for a close up shot and souvenirs. 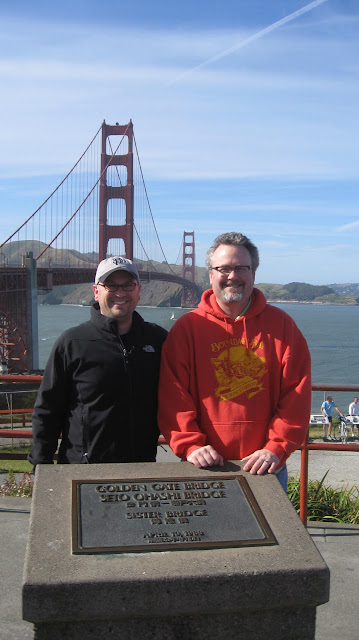 Have you ever been down Lombard Street?   No?  OK, let's do that before grabbing dinner.
You know what?  Lucas Film is in The Presidio and they have this cool fountain of Yoda, let me show you that first. 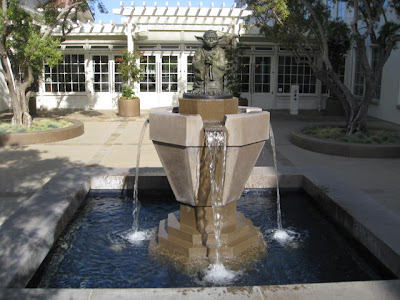 Now I have only been to Lucas Film while on foot so I did not realize we were going to have to go through a security check gate to park the car.  I rolled down the window and explained to the guard that I  merely wanted to quickly show my brother the Yoda statue.  "Oh sure," said the guard.  "Here is a parking pass."
Cool!
So we parked the car and walked over to the statue.  Big B took a picture and then I said, "Be sure to look through the windows in the courtyard.  If I remember correctly there is more memorabilia inside."
So there we were; two hyped up fan boy children of the eighties peering into the windows of Lucas Film.
Then like the old Jedi mind trick Obi-Wan Kenobi uses on the Storm Troopers in Star Wars; I realized that there is a security guard inside the lobby waving for us to open the door.
"It's a public lobby, you are more than welcome to come in and look around," she said.
Gee - I never thought to try the door. 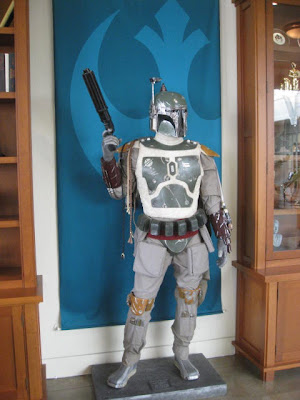 Inside the lobby there were full size characters from the movies, props like Luke Skywalker and Darth Vader's Lightsabers, and other memorabilia. 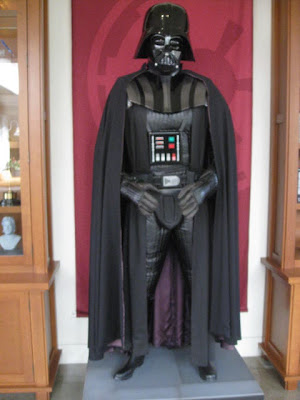 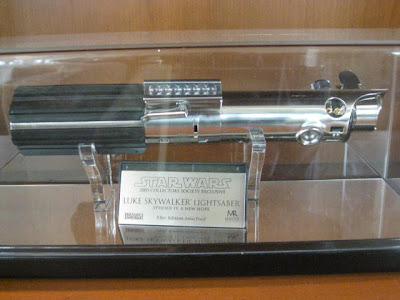 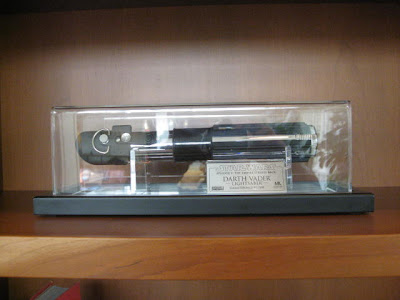 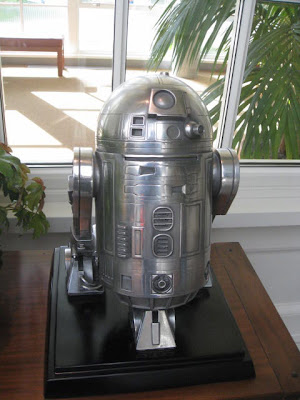 After that exciting detour it was time to head back to the car for our trip down Lombard Street followed by some cheap grub at Tommy's Joynt (as featured on Diners Drive-ins and Dives.)

Big B's visit was brief but we packed in a lot of sights in a couple hours!

The Song Of The Day - Hooray by the Delays
Posted by Just Jon at 1:00 PM