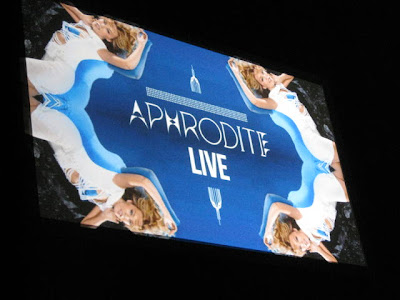 She is often compared to Madonna because of her success in Europe and her shows are known for similar theatrics, costumes, and dancing.

When I heard Kylie was bringing a scaled down version of her Aphrodite Tour to America I was stoked!

The costumes were spectacular, the aerialists were phenomenal,  and Kylie herself was gracious and charming.  Throughout the show she took time to acknowledge fans who had dressed in her likeness and read the signs they held up for her.

She came across as genuinely pleased with the audiences enthusiasm for her performance.

The show held at the Bill Graham Civic Auditorium was general admission with no seats on the floor.  This allowed my friend Shamoli and I to get very close to the stage.

The Aphrodite Tour is now one of my top three favorite concerts!

Kylie opened the show with the song Aphrodite off her current album and the show never slowed down! 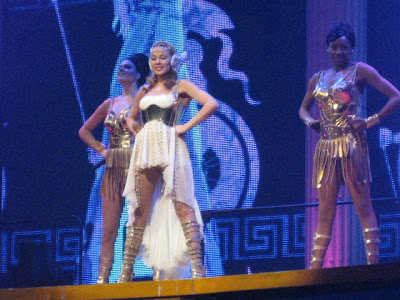 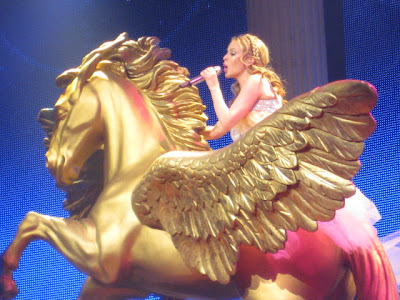 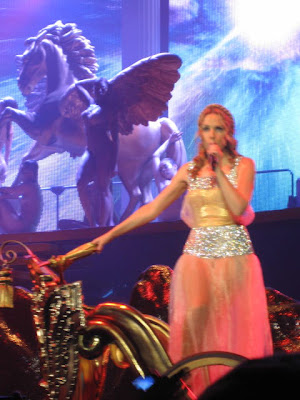 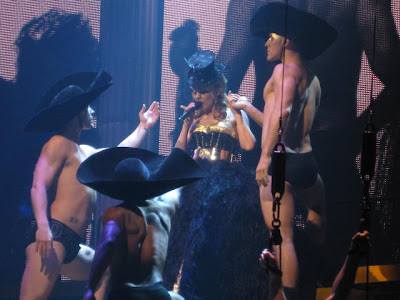 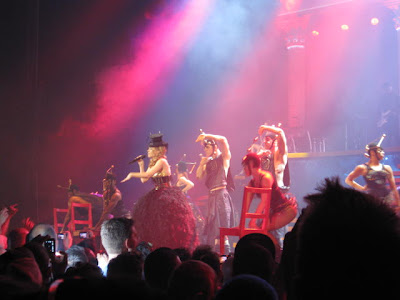 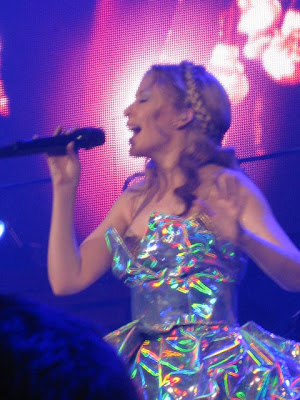 I can't even tell you how exited I was when she performed Slow and combined the "slow" and "fast" remix version! 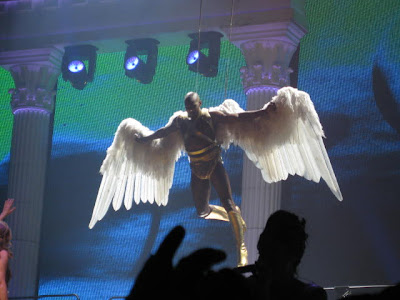 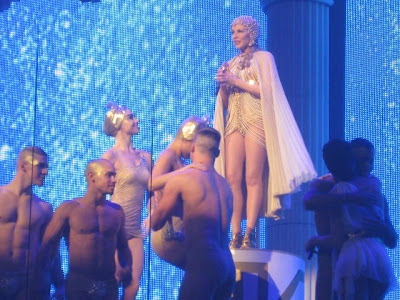 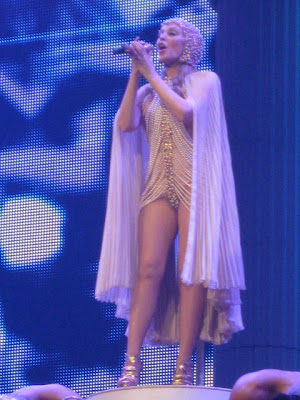 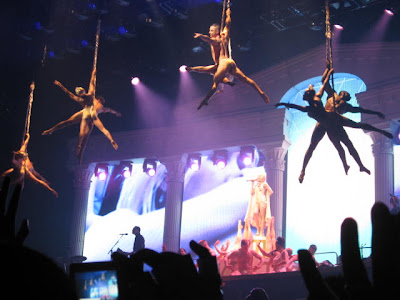 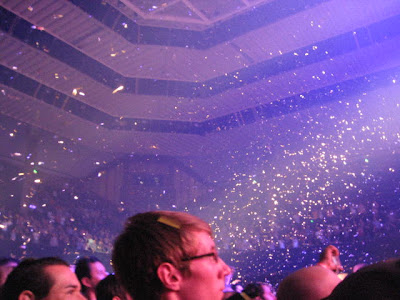 The Song Of The Day - Aphrodite by Kylie Minogue
Posted by Just Jon at 8:14 PM