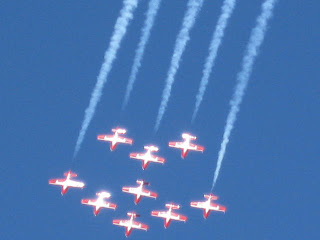 It's Fleet Week!
Some San Franciscan's believe that Fleet Week is a holiday.  Fleet Week starts each October with the roar of jet engines.  On Thursday afternoon there is the familiar thunder of the Blue Angels arrival as they begin their practice routines for the weekend air show.  This can make it a little distracting when you are trying to get your work done and you see jet planes maneuvering in tight formations out the window.
On Saturday the events really get underway with a parade of ships followed by a three and a half hour air show.  This year's show featured the The Blue Angels, Team Oracle, and The Snowbirds.  It truly is an exciting spectacle to witness first hand.
Please enjoy these pictures from Saturday's show which I was able to take while looking out the window of my apartment. 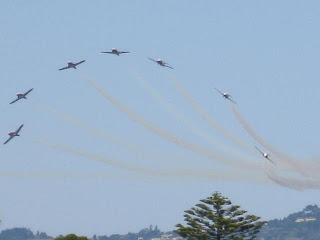 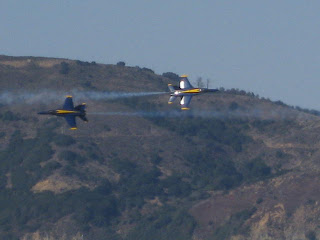 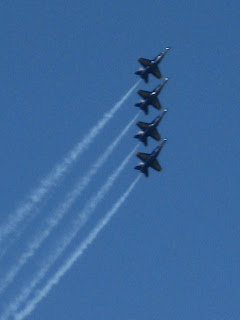 I also tried to record a bit of the show to share with you.  The video is of an F-16 Viper West. Now keep in mind the plane is moving very fast and it was hard for me to even find it in the view finder.  But at least you will get the idea.
The Song Of The Day - Paper Planes by M.I.A.
Posted by Just Jon at 9:54 PM