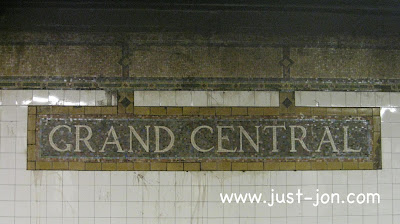 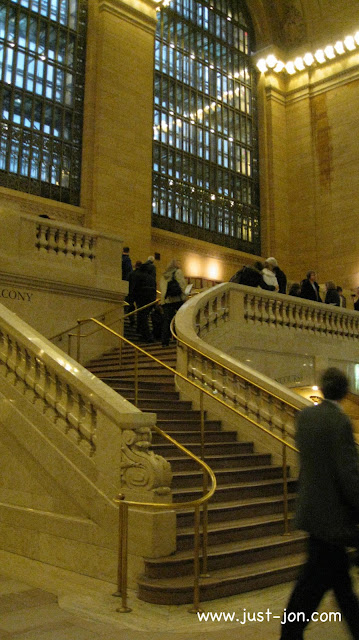 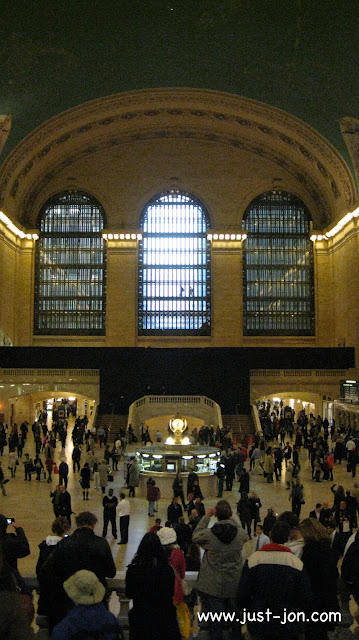 As you can see in these pictures Grand Central is a sea of people constantly moving in all directions.  If you look closely at the 60 foot tall glass windows at the end of the concourse you may notice that there are people walking through the middle of the window.   That is because the windows are actually double paned and are a passage way between the two office towers on each side of Grand Central Terminal.

So let's recap.  750K people a day in the terminal.  But you only see two people in the window passage.  Those two facts are key to the rest of this story.

For some reason I got it in my brain that I should be able to walk through the window passage.  Mind you it did seem a little odd that no one else was trying to find the stairwell to the giant window walkway.

Eventually I found an elevator and I got in with two other people.  We rode it several floors up and then  they got  out.   I took the elevator one more floor before getting off myself.  The elevator doors opened up on a nondescript hallway with two doors.

This should have been clue number one I was not supposed to be here.

I opened the door closest to where I assumed the window wall passage would be.  Hmmm.  This isn't the window wall passage.  Maybe it's this door over here?  I stepped into another nondescript hallway.  The door to the elevator bank closed behind me.  I then realized it had locked and for better of worse I was now trapped in an interior stair well in Grand Central Terminal.

I checked every door around me and they were all locked.

I could hear construction and workers several floors below me so I put on my innocent dumb tourist face and slowly walked down two flights of stairs until I was standing on one side of a gated yellow taped construction area deep in the interior of Grand Central.

I was able to get the attention of a rather large construction worker on the next floor landing.

"Well how did you even get in here?" the big burly construction worker asked.

"So I was in the elevator and then I came through the door and then the door locked behind me," I said.

"Well you need to go back the way you came," he said.

"Right, I get that, but I can't because like I said the door closed behind me, is there like another way out?"

After a momentary pause and a roll of his eyes he said, "Go through that gate and come here."

I followed his instructions and he took me into an elevator lobby that was all yellow taped off.  It kind of looked like a scene from a movie where if I had stepped through the tape I would have fallen into an empty elevator shaft.

In what seemed like the longest three minutes of my life I stood silently without making eye contact with the construction worker as he tried to call the elevator to the floor we were on.  He told me he wasn't even sure the elevator was stopping on this floor because of the construction.

Eventually the elevator doors opened up.  In an ironic twist the two people who had been in the elevator on my way up were now on their way back down.  They looked really surprised to see me, but I knew I was now home free. 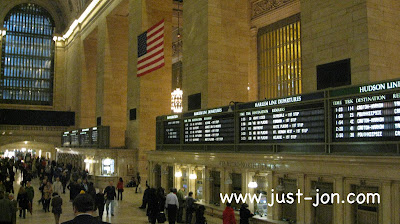 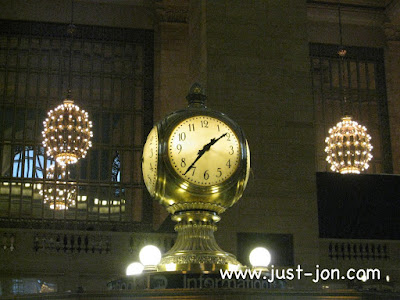 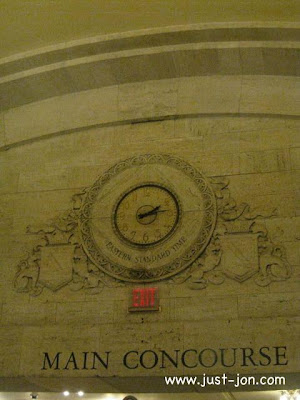 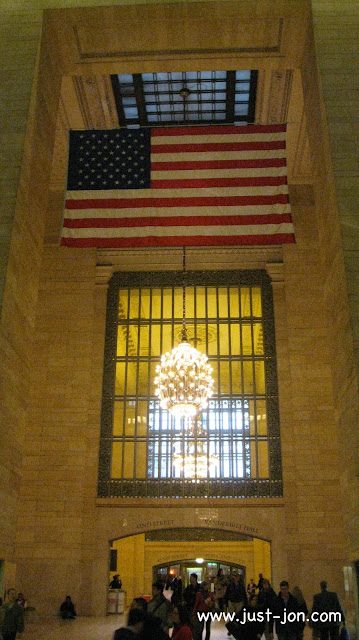 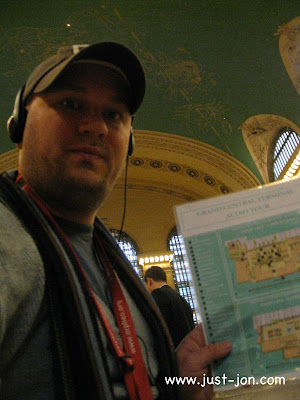 As the cashier was getting me the map and headset I asked, "Will this tour take me into the windows?"

She looked at me like I was crazy and said, "No!  That is a special tour that only happens once a month and you have to get approval from the Port Authority or something."

"Oh, cause I was kind of already up there I just couldn't get into the actual windows," I said.

"You SHOULD NOT HAVE BEEN UP THERE," she said sternly.

"Sorry?!?" I said.  (A wise manager once told me - "It's easier to ask for forgiveness than it is to ask for permission.") 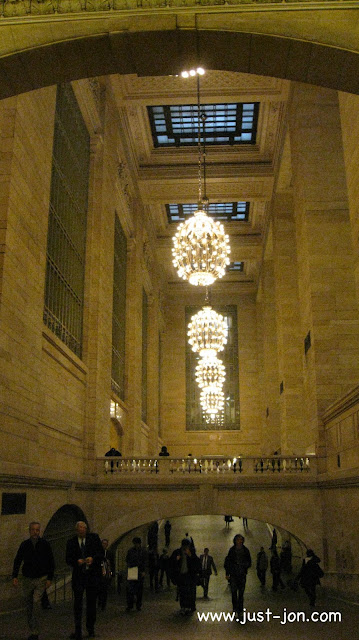 The "Real" tour was quite informative with lots of trivia about Grand Central Terminal. 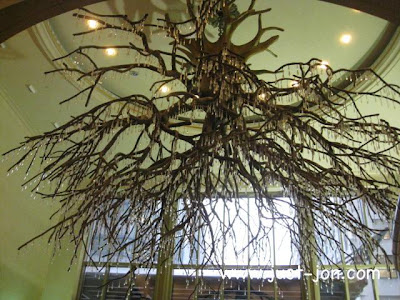 The Terminal even has a market which reminded me of a smaller version of Pike Place Market in Seattle. 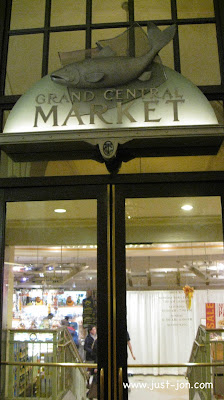 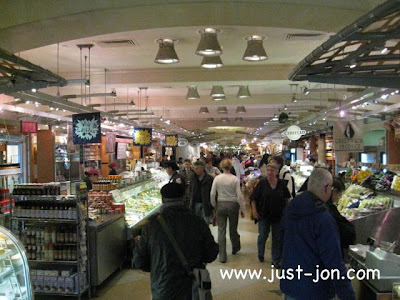 So the lesson for the day Loyal Readers is to stick to the tour and don't try to go off the map when visiting Grand Central Terminal.  You will learn a lot but you won't get to go into the window wall.

The Song Of The Day - Window by Fiona Apple