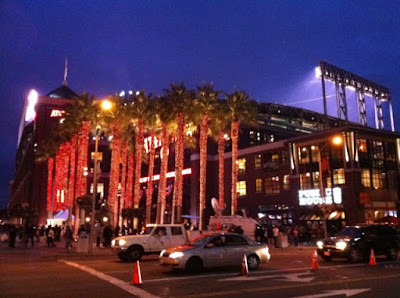 If you don't have a ticket to get into AT&T Park for the World Series, 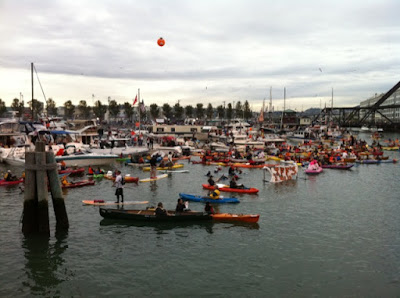 And you are not one of the hundreds of people partying it up on a boat or kayak on McCovey Cove hoping to catch a home run, 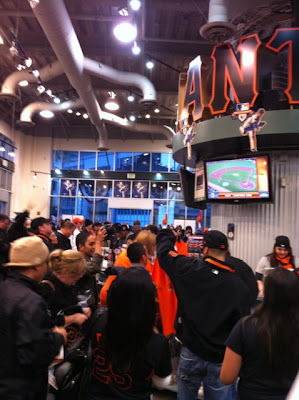 Then you might as well join the rest of the people who don't have tickets to the game in the Giant's Dugout Store under the stadium and watch the game on the multiple TVs hanging from the ceiling.
I was actually surprised at how unregulated this operation was.  Total $#!% show!
Also, it is interesting because the game on the TV's is on a 10 to 15 second delay.  So you could hear the crowd in the stadium go nuts but you had no idea what they were cheering for.  All the people watching the game outside the stadium were like a delayed reaction cheering section.
Congratulations to the Giants for winning game one!
The Song Of The Day - Joining You by Alanis Morissette
Posted by Just Jon at 11:31 PM