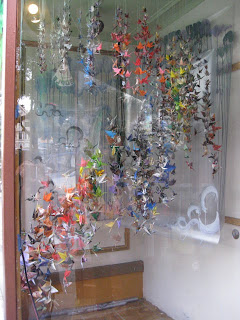 Japanese Legend states that anyone who folds a group of one thousand paper origami cranes held together by strings will be granted a wish such as long life or recovery from illness or injury. 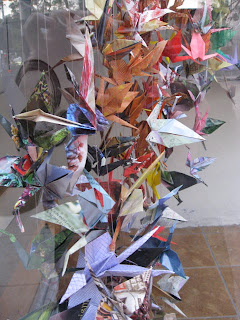 Over the past year my cousin Jacqueline completed 1000 origami cranes for peace. As she said, "Each crane became a prayer, a petition, a hope, a promise." 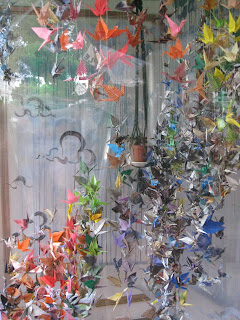 Now, for the month of June, Jacqueline's Cranes are featured in the window of Coffee To The People in the Haight. 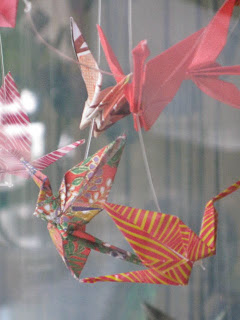 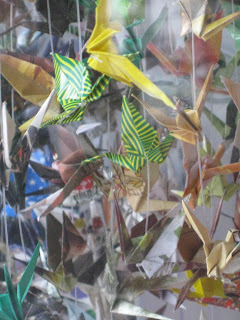 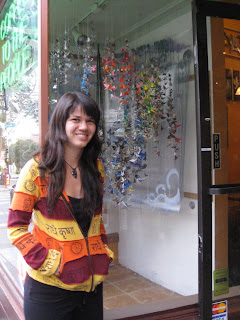 If you happen to be in the Haight, be sure to stop by Coffee To The People and enjoy a cup of coffee and the Thousand Cranes for Peace!
The Song Of The Day - Little Bird by Imogen Heap
Posted by Just Jon at 10:14 AM