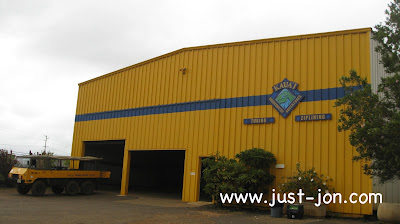 Loyal Readers, the most memorable activity I did while visiting the Island of Kauai was Kauai Backcountry Adventures - Tubing.  Tubing is when you sit in an inner tube and float down an old sugar plantation irrigation ditch.

The "blue book" Kauai Revealed by Andrew Doughty said that this activity "doesn't seem to be enough bang for your buck."  While I agree that the cost; about $100 per person is high, I enjoyed every minute of this adventure. 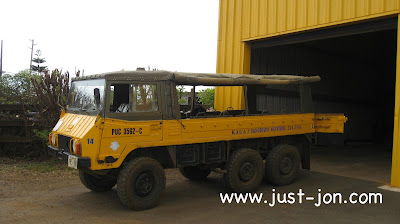 After checking in at the base camp; "tubers" gear up with helmets, gloves, water shoes, and a headlamp.  Everyone piles into a four-wheel drive adventure vehicle for the ride up the mountain to the former Lihue Plantation.


As the vehicle makes its way to the launch site, guides give a history lesson about this former sugar plantation that operated from about 1870 to the year 2000. 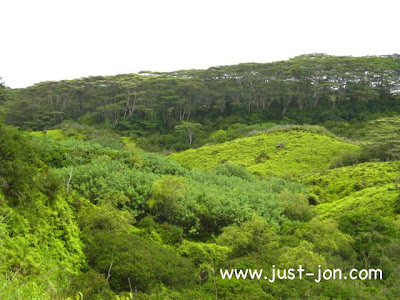 Along the way the vehicles periodically stop to share information about the land. 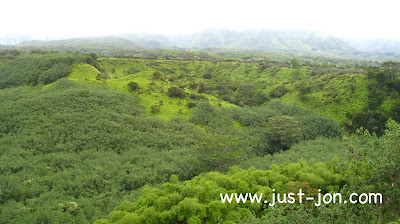 Here we looked out at Mount Waialeale which is known as the wettest place on earth with an average of 472 inches of rain per year.

As we stood on the overlook it started to rain! 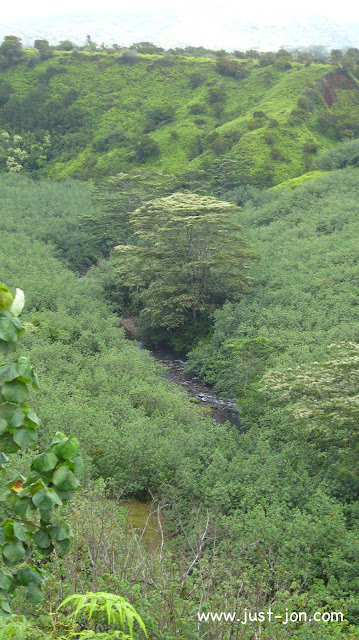 As we continued our journey we learned the rules of tubing.

If you have to go to the bathroom they have plenty of facili-trees and porta-plants to use at your convenience.

Lastly, no one is allowed to say the following words about the water or everyone on the tour will be splashed by the guides:

What you can say about the water is:

(The water was not that cold.) When we reached to launch site we offloaded the vehicles and the guides rolled the tubes into the open canal. 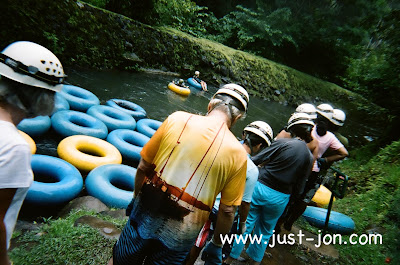 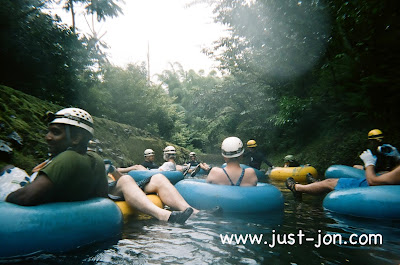 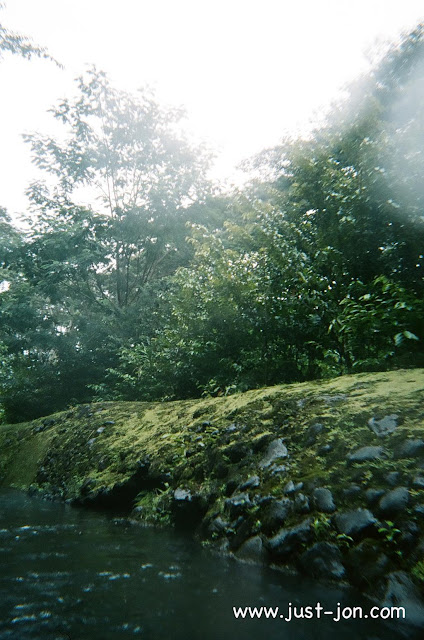 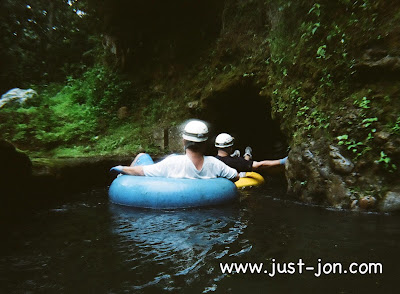 Part of the tubing adventure is getting to float through 5 hand dug tunnels.  The first two tunnels are straight and you can see from one end to the other.  One of the tunnels is a mile long and has an "S" curve in the middle of it because they made a mistake when they were building the irrigation system. 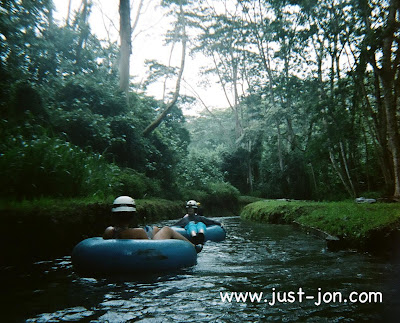 As you float along the canal the guides will yell out commands like; "Lights On!" "Butts Up!" "Arms and Legs In!" and "Right Turn."  (Not that you can control the direction of your tube and bumping tubes is to be expected.) 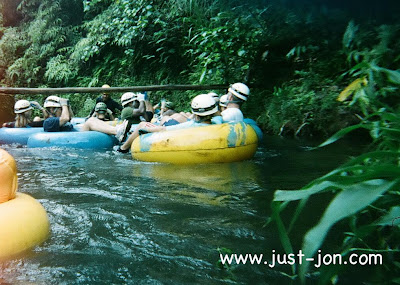 There are a couple flumes in the canal where the ride is a little more exciting, but the overall adventure is for anyone ages five and up. The average speed of the tubes on the water is between two and six miles an hour. 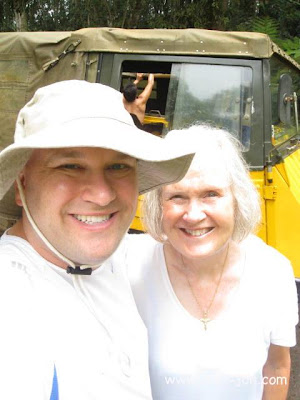 At the end of the hour long canal ride tubers enjoy a deli lunch and have the opportunity to jump into a swimming hole.

Some of our guides even pulled out a ukulele and sang while we ate.

Special thanks to our guides John and DJ for taking good care of us while we were on our tubing adventure.