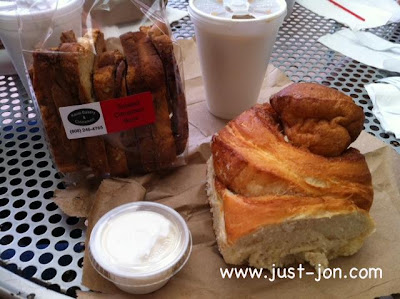 So I got this "blue book" about Kauai and yadda yadda yadda; it recommended the Kauai Bakery and I decided that was where we were going to eat breakfast for day 2 of our vacation.

As this is my first time on Kauai maybe, just maybe, I should have paid for GPS in the rental car.

We leave the hotel at 9am for what should be a short drive to mile marker 3 on Highway 50.   This would guarantee that the Kauai Bakery would not run out of their apple turnovers which allegedly happens by 11am daily according to the "blue book."

Well up and down Highway 50 we drove.  Mile marker 1 to mile marker 7 and back and I could not find the Kauai Bakery.

At the point that I was about to give up I pulled out the trusty iPhone and typed in the address only to find that we are so far from where we were supposed to be.

We eventually found the Kauai Bakery inside the Kulkui Grove Shopping Center and fortunately they still had many tasty treats to buy.  I got the giant Cinnamon roll above and a bag of Toasted Cinnamon Roll slices.

After breakfast we were off to find the town of Po'ipu for guess what?   Lunch! 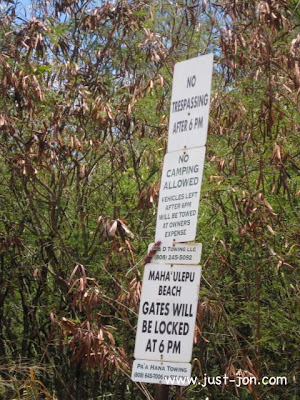 But on the way to Po'ipu I made a wrong turn which led us on a rental car off road adventure.  We had reached the end of the paved street and I remembered reading in the "blue book" about a great beach area off a dirt road.  The road included the counting of telephone poles to make sure we were headed in the right direction.

Just Mom and I, although totally not dressed appropriately for a hike, set out into the brush to find the beach.  I was wearing my new JCrew shoes and Mom was wearing her nice sandals. 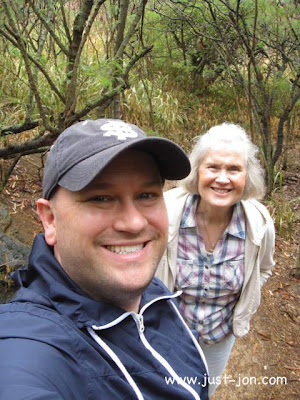 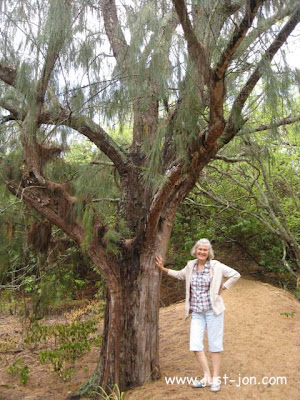 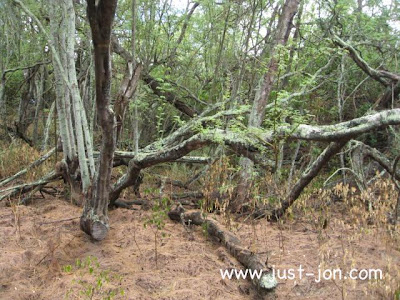 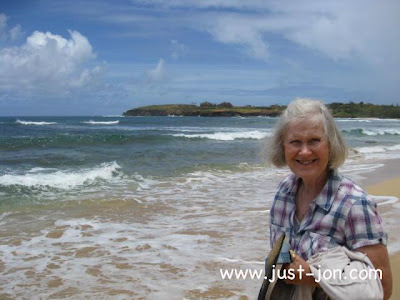 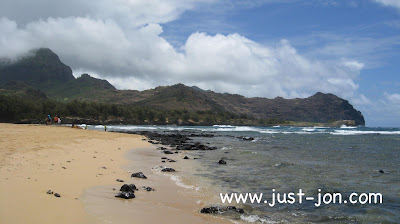 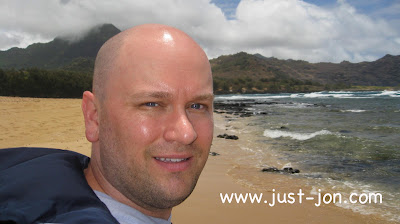 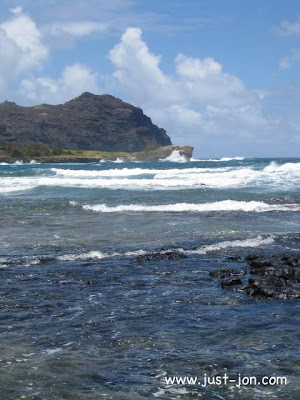 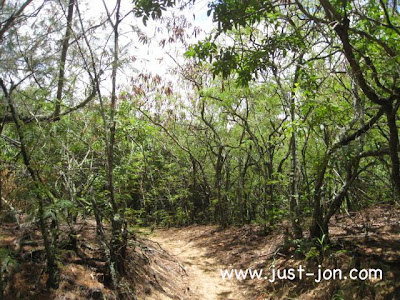 After walking up and down the beach it was time to hike back through the brush to where we left the car. 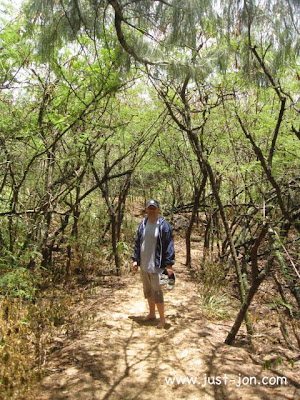 And you may be asking yourself, where was Just Dad through all of this? 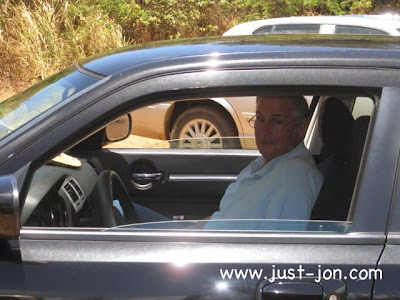 Oh see, he was sitting in the car the whole time reading the infamous "blue book." 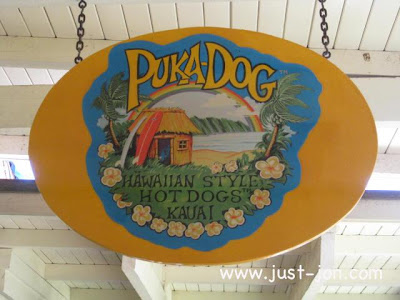 After our beach adventure we still needed to find the Po'ipu Shopping Village to get a Puka Dog.  Loyal Readers may remember my love/hate relationship with Puka Dog from four years ago when my friend Wendy and I flew from the Big Island to Oahu so that we could get one of those famous hot dogs featured on the travel channel. 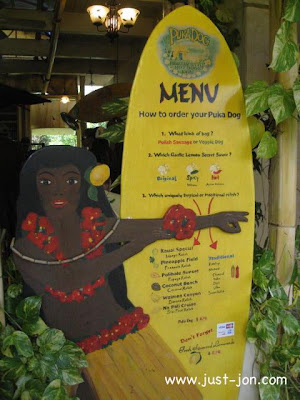 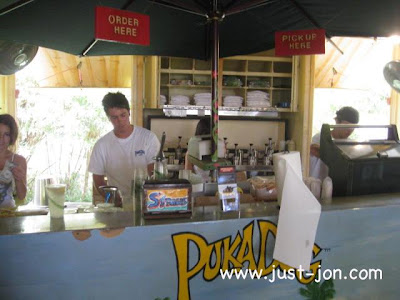 My review from before pretty much still holds true and I still think the best part about the Puka Dog is the Banana Relish. 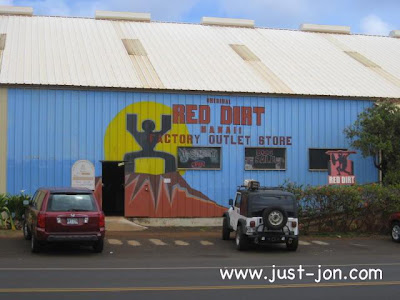 After strolling the rest of the Po'ipu Shopping Village it was back to the car to find Port Allen.

In Port Allen we visited the Red Dirt Factory Outlet Store as featured on the TV show Dirty Jobs. 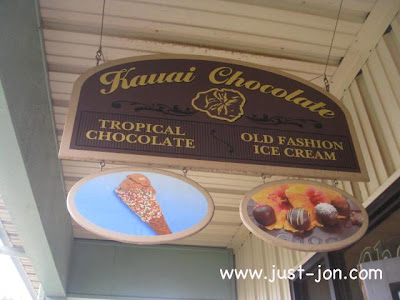 Wait.  What is that across the street?  A candy store?
Of course I had to try some tropical chocolate from the Kauai Chocolate store. 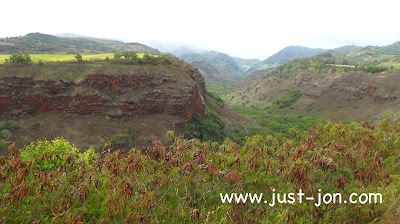 On the way back to the resort we pulled off the road to take pictures of the beautiful landscape.