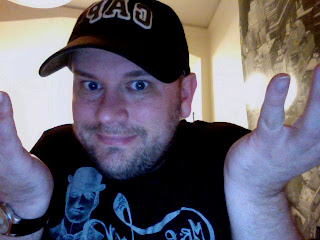 Like many San Franciscans, I live in a studio apartment that was built shortly after the birth of Christ. In fact Jesus' father Joseph may have done some of the carpentry work on the built in kitchen cabinets.
Translation - The place is old.
I think I have mentioned in the blog before, I don't even have a power outlet in my bathroom.
Seriously, how many people do you know who could live without a power outlet in their bathroom?
It's not easy. 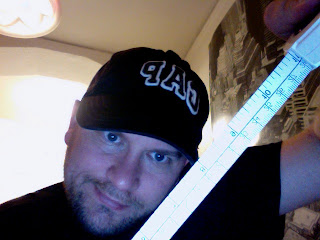 All this information brings me to the point of this post.
About a month ago, I was laying on my couch watching TV when all of the sudden I felt something hit my head.
I sat up and looked down at my shirt and saw a chunk of ceiling plaster laying there.
It wasn't exactly the sky falling, but it was my ceiling dropping down on me.
I reported the issue to my landlord and they said they would send someone out to assess the situation and determine how they would make the repairs.
Three weeks later I was called by the repair man to tell me that he was coming on Thursday morning to fix the ceiling.
He left very specific instructions on my answering machine. He said to be sure to move all the furniture out of the way so that he would have access to the ceiling.
Really?
Where exactly do you expect me to move the furniture? It's a studio!
Based on my superior packing skills from my days as a distribution analyst where I was able to maximize full cartons of clothing; I have created the most optimal amount of open space for the repair man to complete his work.
This will be very entertaining!
The Song Of The Day - Squeeze Me by Kraak & Smaak
Posted by Just Jon at 10:01 PM