Crazy Are The People Talking In My Head. . . 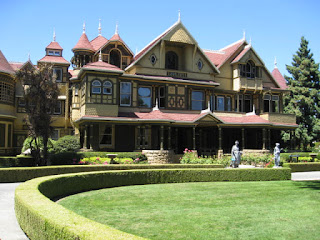 On Saturday my friends and I went to the Winchester Mystery House in San Jose.  We have been trying to make this happen for about seven months now, so it was pretty amazing that we finally made it.
When we left San Francisco it was misting.  We got to San Jose and the sun was out.  It was hot and we were way over layered for the heat.  I knew I should have worn shorts!
The Winchester House is a 160 room mansion built by Sara Winchester.  Sara Winchester believed the "spirits" were telling her what to build on her house.  She felt that she had to keep building on the house as a way to make up for all the people who had been killed by the Winchester riffle which was manufactured by her late husband.
I had been to the Winchester House once before when I was in 6th grade and basically the tour hasn't changed in 22 years.  My friends wanted to go because they were hoping to see a ghost or a spirit or at least an orb.  Anything spooky. 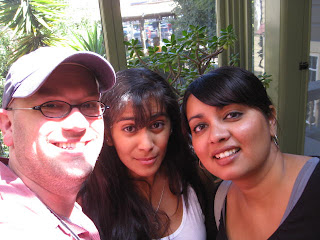 Here we are in the Mansion hoping to see a ghost.  Other than the moment when we were in the bedroom where Sara Winchester died and my cell phone started to vibrate in my back pocket because of a wrong number, we saw no ghosts. 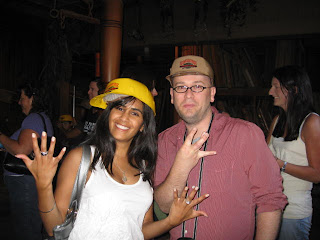 Rather than give up we decided to keep trying by going on the "Behind The Scenes" tour.  This second tour required hard hats and children under nine are not allowed.  So we knew that meant for sure we were going to be spooked right? 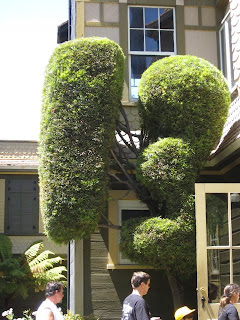 Well other than the hedge that had been trimmed to be the shape of the number thirteen, Sara Winchester's favorite number, this second tour wasn't very scary either. 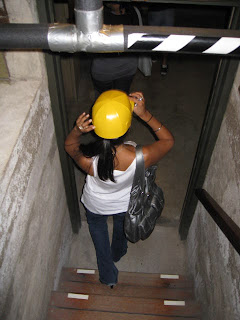 Okay ghosts, we are heading down into the cellar, show yourself.   Or not. 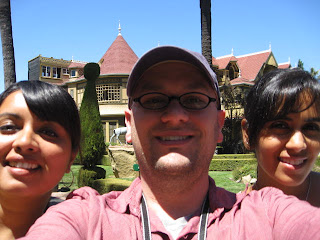 I guess second careers as paranormal ghost hunters is not in our near future.  We tried.
After the Winchester Mystery House we drove across the street to Santana Row, a lifestyle center with shops, restaurants and condominiums for a late lunch.
The Song Of The Day - Crazy by Seal
Posted by Just Jon at 9:18 PM