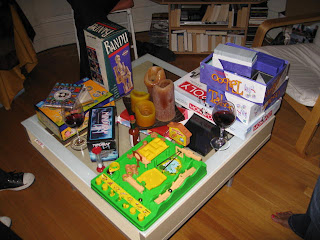 Friday night my friend Shagun hosted "Game Night" at her apartment and a great time was had by all.
First we feasted on Shagun's homemade lasagna.  She was a very thoughtful host who told me she purposely didn't make the lasagna too spicy since she knew I don't eat spicy things.  And for An, who likes everything super spicy she had a bottle Tabasco sauce. 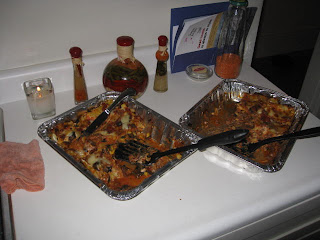 After wine and food it was time to get our game on. 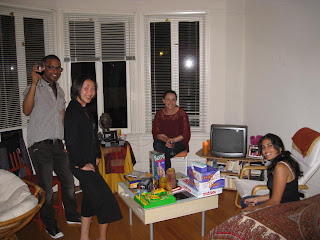 The first game we played was Taboo.  I had never played this game before and I was not very good at it.  In the picture below Olivier is trying to get me to say the word "Croquet." Unfortunately he misread the word and got me to say Davey "Crockett"  instead.  Needless to say we did not get the point. It was very funny. 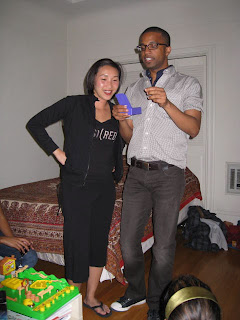 After Taboo we played Bandu, a Jenga like game.  "Most Impressive Tower" award went to Shamoli who miraculously kept building straight up without her tower falling over. 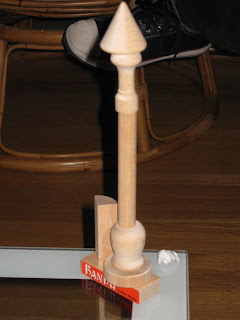 The Song Of The Day - Name Of The Game by The Crystal Method
Posted by Just Jon at 7:42 PM